If you are a fan of colonial architecture and resplendent culture, Guatemala’s Antigua makes an excellent destination. The city has successfully preserved a large amount of beautiful Spanish colonial buildings, which is increasingly rare in this modern age. This is the main reason why Antigua was declared a World Heritage Site by UNESCO in 1979. 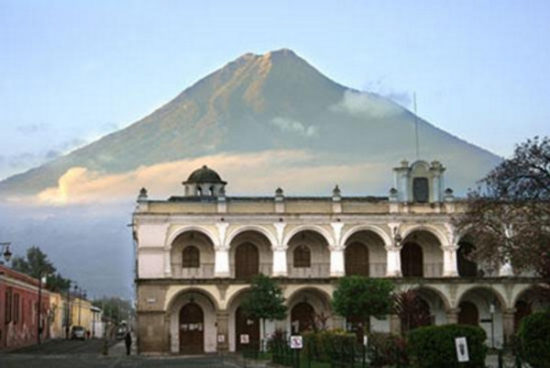 Sitting in the Highland Valley at 1,500 meters above sea level, Antigua was founded in the 16th century by Santiago de Guatemala, and was the capital of the Captaincy-General of Guatemala. The city has been prone to earthquakes for centuries. Its last devastating earthquake occurred in the late 18th century. Despite of this unfortunate disaster, Antigua has managed to preserve most of its precious monuments.

This picturesque colonial city overlooks the amazing Agua Volcano. Its nearby towns and villages such as San Bartolome Milpas Altas, Ciudad Vieja, and San Juan del Obispo, are also very interesting spots for due to their architecture, culture and heritage. Antigua is a nice city to travel on foot. It follows a grid pattern that draws inspiration from the Italian Renaissance style. Most of the government, private and religious buildings you will see around the city were built during the 17th to 18th centuries. 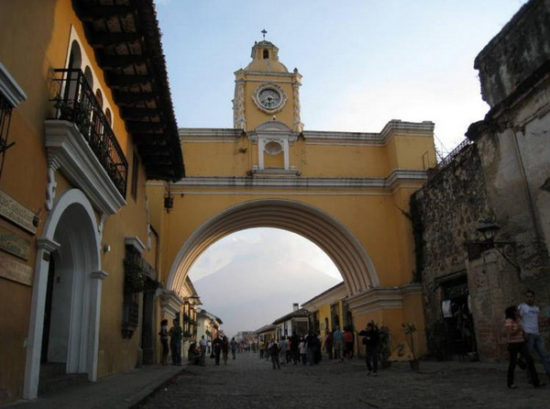 The majority of the tourists who visit the city make sure to stop at Plaza Mayor, the central park of Antigua. Here, you will enjoy the gorgeous landscape, gardens and its circular walkways including exquisite fountain, La Fuente de las Sirenas. While here, you can sit in one of the park’s benches to just enjoy nature and watch many Antiguans relax in the park. Surrounding Plaza Mayor are equally beautiful structures like El Palacio de los Capitanes Generales, La Catedral Metropolitana, and El Palacio del Del Noble Ayuntamiento.

The El Palacio de los Capitanes Generales (Palace of the Captains-General) is definitely one of the landmarks you should experience while in Antigua. Completed in the mid-16th century, the palace was the home for the governors of Guatemala during the Spanish colonization. Its most striking design feature is its 26 arches, each measuring more than 100 meters. The Catedral Metropolitana (Metropolitan Cathedral) was originally erected in 1543, but was partially destroyed by earthquakes. Today, the cathedral has been restored to preserve its distinct and exquisite Spanish architecture details. 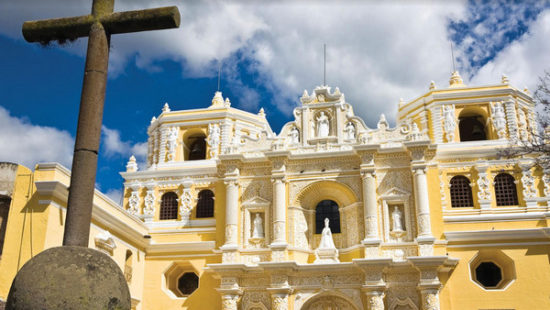 The 18th century Palacio del Noble Ayuntamiento is a former headquarters for the Cabildo Español, and also served as a jail house. When you walk into this building today, you will be able to enjoy two museums: the El Museo del Libro Antiguo, El Museo de Santiago, as well as the Municipality of Antigua. Other worthwhile places to visit while exploring the city include the Iglesia La Merced, el Arco de Santa Catarina, Convento de Santa Clara and Convento de Capuchinas.

For more memorable cultural experiences, you will want to drop by the main market and visit some of the city’s handcraft workshops. Antigua is well known for its jewelry, crafts and other local products like wrought iron, ceramics, terracotta, wooden sculptures, weavings, carved furniture, and figured stones. Antigua is also known for its abundant number of Spanish language schools, making it a great place to brush up your Spanish for future travels.