Churchill may seem like just another small settlement in Northern Manitoba, Canada, but there is something truly special about this town. Often described as “the polar bear capital of the world,” this is where you will most likely see polar bears in their natural environment. Polar bears are truly fascinating animals. Unlike other bears, they thrive in some the coldest parts on earth and love to swim at sea. Thousands of visitors from all over come to Churchill to see these fascinating white furred creature. 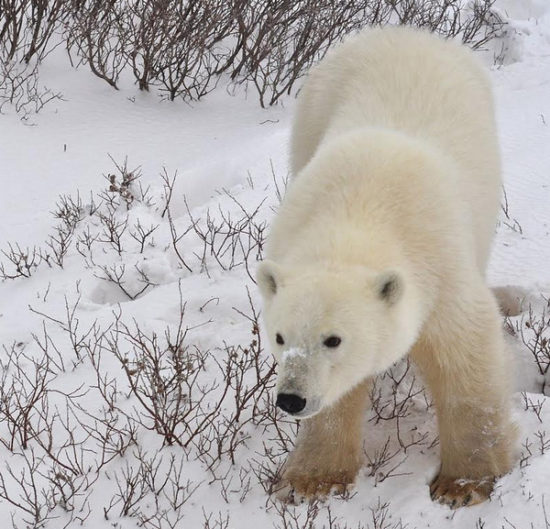 If seeing polar bears is what you are aiming for, then visit Churchill during the months of October and November. During this period, the bears are already moving from their summer dens and are making their way to the frozen water of Hudson Bay, where seals roam. Take note that there are no roads leading to Churchill, so the journey to reach the town is beyond the usual. You can fly to the town’s airport, which exists because the area has been a military training ground for Canada.

The airport facilitates the commercial jets of two airlines, namely Calm Air and Kivalliq Air. You can also take Via Rail Canada train service that goes to Churchill and departs every Sunday and Tuesday morning at 9:00 a.m. from Union Station in Winnipeg. At first glance, Churchill, with a population of 1000 residents, looks normal with small commercial buildings and medium-size houses. But you will soon encounter bear warning signs, and they will remind you that in this part of the world, polar bears also rule. 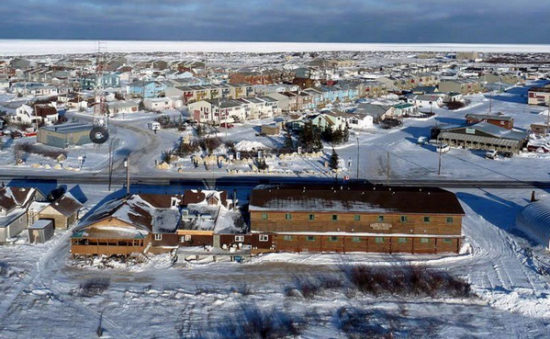 Fortunately, there are more than one way of to watch polar bears in the bay area. One of them is to go for a Tundra Buggie trip. This special transport are designed to move smoothly over ice and snow. There are two kinds of Tundra Buggies; the first one looks like a school bus and the second one is bigger customized vehicle with gigantic tires.

The traditional way of catching the bears in action is by staying at a wilderness lodge. These lodges were built near the bears’ migration route. So, by staying here, there is a big chance that you will see a polar bear from the other side of the fence. But if you don’t have such luck; you can also go for a guided walk, where an expert can show you where the polar bears often hangout! You can also combine your polar bear watching tour with a canoe exploration of the Seal River. Another most exciting tour option available is a helicopter flight that goes over the frozen bay and surrounding terrain. 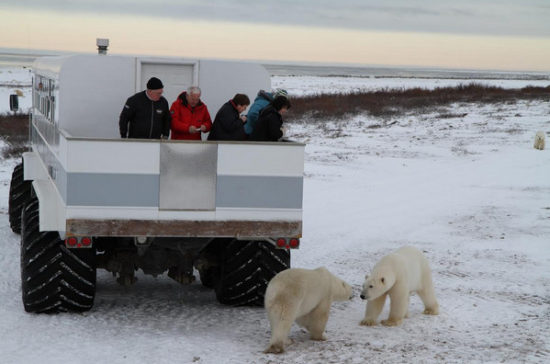 The polar bears are not the only attraction at Churchill. Another magnificent creature that can lure you to this Canadian town is the beluga whale. The town’s surrounding waters is actually a whale watching hotspot at certain times of the year. In addition, Churchill is also one of the best places in the northern hemisphere to watch the wonderful northern lights. The town has many outfitters that offer various types of tours including wildlife watching. All you have to do is choose the most suitable one for you (and don’t forget your camera).