Colonia del Sacramento is one of the oldest cities in Uruguay. Visiting this marvelous town, situated at the mouth of Rio del Plata, is like walking into a different era that time has frozen charmingly in Colonia del Sacramento. It was not the Spanish but the Portuguese that founded this Uruguay town in 1680. Today, this town is blessed generously with authentic culture and dramatic history, so much so, that it was inscribed as a World Heritage Site by UNESCO. 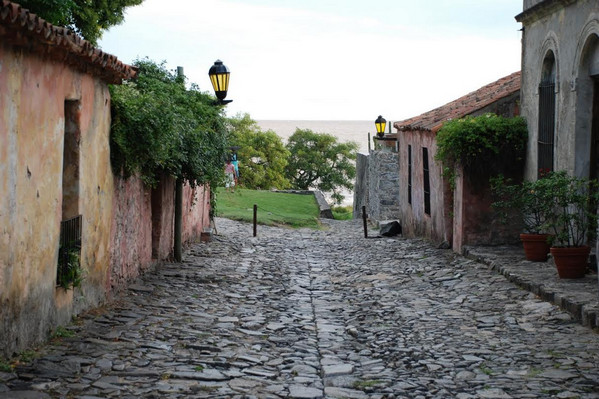 As you walk through the cobbled streets of Colonia del Sacramento’s historic quarter, you will be mesmerized by its delicately-preserved colonial landscape, a fusion of Portuguese, Spanish and native. By the second half of the 19th century, artisans made their way to this town, and they contributed greatly to the architectural design of the Colonia del Sacramento’s that we know today.

Exploring this town on foot is insightful, fun and not too tiring as it’s quite small. Head out to the Plaza Mayor 25 de Mayo, which houses the ruins of Convent of San Francisco, originally built in the 17th century. After admiring the ruins, climb to the top of the nearby 19th century lighthouse. This may be exhausting but when you see a bird’s eye view of the town, you will realize it’s all worth it.

Another highlight landmark is the Municipal Museum, which showcases the past through its collections of precious artifacts. But this is not the only museum here. In fact, Sacramento has not two or three, but eight museums. But don’t expect large buildings as you will soon realize when you visit Colonia del Sacramento, everything is smaller and simpler. The good news is you can gain access to all of them by buying one very affordable ticket from the Museo Municipal.

The wooden drawbridge, the city gate and old houses like the 18th century Casa de Nacarello all serve as reminders of Colonia del Sacramento’s magnificent history. And just when you think your sightseeing trip is done, done forget to pay homage to the Iglesia Matriz, the oldest existing church in Uruguay. If you are too tired to walk, there are shops in town that rent out scooters, bicycles and even golf carts! You can also relax in one of the local cafes or look for crafts, gifts and souvenirs from various shops, and Colonia del Sacramento has lots of them, because, after all, it is a tourist magnet! 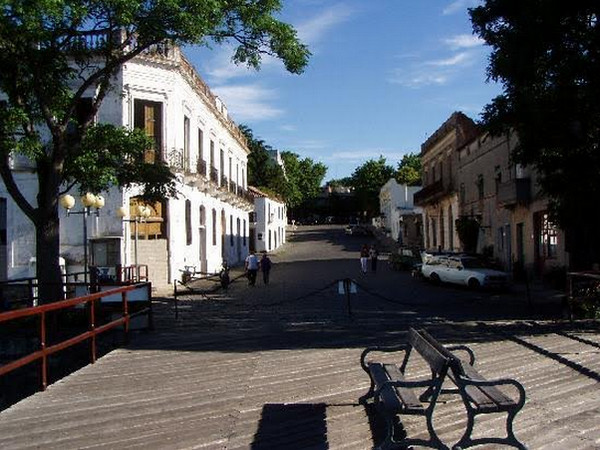 The town has become a favorite destination of Argentinians looking for a break from their modern lives. And who could blame them when their capital city of Buenos Aires is just a 50-minute boat ride away from the allure of this Uruguayan town. You can find the ferry terminal just half a kilometer south of the historic center. Just adjacent to it, is a fairly big tourist information center.

There is also a nice marina at the coast, where you can rent boats and spend the rest of the day rowing or sailing. Boasting a temperate climate, lovely Colonia del Sacramento can be visited in all seasons, so it does not matter what’s the weather like in where you’re from. In this Uruguayan town, the sun will be up to greet you as you get lost in its captivating historical streets.