If you want to take a break from the cosmopolitan scene of the French capital of Paris, Deauville makes an excellent choice for a quick and lovely holiday. Together with its neighboring resort town of Trouville, Deauville is offered called the Parisian Riviera, also it is officially a part of the Normandy Riviera. 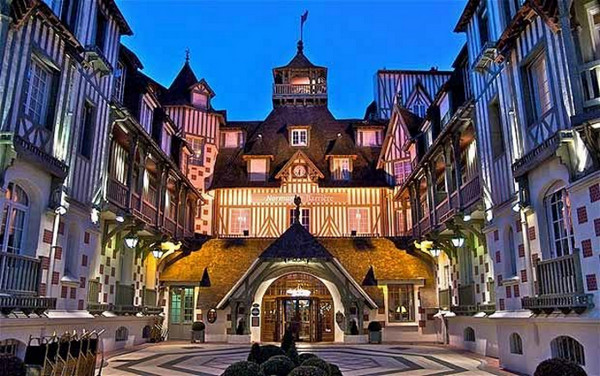 Deauville is often visited for its beautiful beach, characterized by chic and colorful umbrellas and rustic beach huts. These huts were wittingly named after the American celebrities who have visited Deauville during festivals. This sandy portion of the town may exude a laidback atmosphere but Deauville has also been known as the playground and entertainment hub for wealthy Parisians. Once you step into the town, you will easily notice its fine selection of shops and buildings.

Traveling in style and luxury is something that can easily be done in Deauville as it houses some of the best hotels in the country such as the Royal Hotel and the Hotel Normandy. Hotel Normandy, in particular, is not only a top hotel but is also an iconic landmark in Deauville. This large building showcases the half-timber architecture that the town is known for. Just nearby this historic hotel is a collection of a designer name shops. 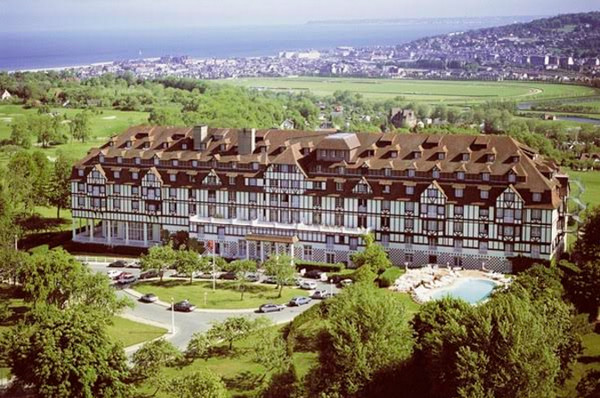 In recent years, this French town has become more prominent for being the host of annual film festivals. It also has a renowned race track that has become a prime venue for important equestrian events. This impressive track is interestingly situated above the town proper and provides magnificent panoramas of Deauville. If you want to be thrilled while in town, go for a game of golf or test out your luck at the town’s glitzy casino. This legendary casino is magnificently set by the beach and is the regular venue for the film festivals as well.

Deauville may have developed a reputation of being an upmarket destination, but there are simple attractions in town that will make any regular traveler quite happy. One of which is the picturesque boardwalk called Promenade des Planches that wraps around the coast and provides fantastic views of the sea. This 1.5 kilometer promenade can easily be the highlight of your visit to Deauville.

After a scenic stroll on the boardwalk, go for a guided walking tour around Deauville to marvel at its exquisite villas and buildings. It is hard to get disappointed with this tour as there are over 500 buildings in town that are listed as historical monuments. These buildings exhibit a range of architectural styles such as Baroque, Art Nouveau and Norman.

Some of the must-see buildings in Deauville are the splendid 20th century Villa Strassburger, sitting just next to the race track; and the La Place Morny, purposely built to imitate the look of Place de l’Etoile in Paris. If you walk over to the square called Place du Marché, you will find an endearing market hall, which was built in the 1920s, and has that unmistakable timber frame. Another prominent landmark in town worth exploring is the central garden and its fountains which are linked to 8 of the town’s major roads.