Aside from being one of the most important towns in Bavaria’s Upper Franconia region, Bamberg is also one of Germany’s most picturesque communities. The town is crisscrossed by a number of rivers and canals and was founded by archbishops, who decided to build the town around seven hills. Because of this, Bamberg is often referred to as the ‘Franconian Rome’.

For decades, Bamberg has been a university hub and a center for culture and arts. The student population noticeably adds energy to a town that exudes an old world appearance. But the highlight of a visit to Bamberg is undoubtedly, its well-preserved Old Town. This section of Bamberg is made picturesque by the presence of impressive buildings, most of which were built during medieval times. As a visitor, it will be hard not to get enchanted with Bamberg’s architectural masterpieces, which are collectively, the main reason why its Old Town (Alstadt) has been awarded the UNESCO World Heritage recognition. 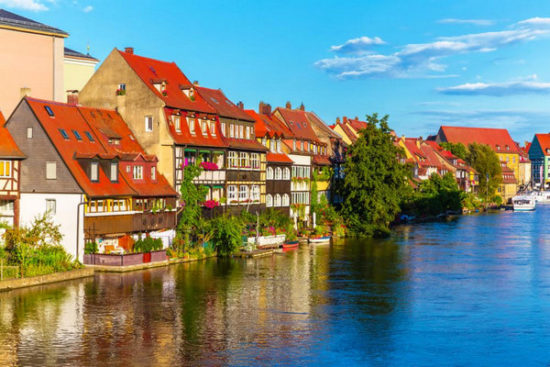 There’s no better way of experiencing Bamberg than to walk around the Old Town, which is divided into three districts. These districts include the market gardener’s town, the island town and the episcopal town. They are perfect examples of how central European towns were set up during the early Middle Ages.

There are five major churches established in Bamberg, and the most prominent among them is the imperial cathedral of St. Peter and St. George. The cathedral does not fail to impress with its four soaring towers and interior features like the Bamberg Rider. This highly celebrated religious structure is also the keeper of the tombs of Emperor Heinrich II and his wife, Cunigunde; as well as the tomb of Pope Clemence II, the only papal grave located in the country.

If you make your way to the Cathedral Square or Domplatz, you will find the other prized architecture in Bamberg, namely the baroque style New Palace and the Alte Hofhaltung Palace. Other must-see sites in town include the incredibly beautiful and romantic Rose Garden, the Old Town Hall and the Old Court. Visiting the Rose Garden of the New Residence is like going into rose heaven as the garden magnificently features more than 4500 roses, well-complemented by carefully placed historic statues. The garden also offers a marvelous view of Bamberg. 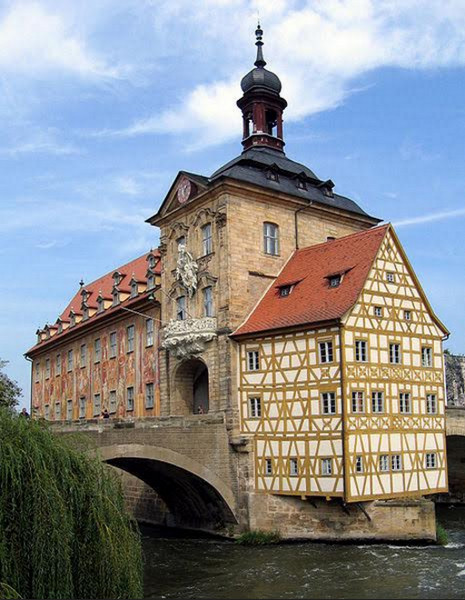 The Old Town Hall was intriguingly built in the middle of the River Regnitz. Part of this building’s exquisiteness is the fact that it has a strictly medieval part as well as baroque section. The Old Court or Alte Hofhaltung, on the other hand, is hailed as one of the finest architectural examples representing the German Renaissance period. It was originally built in 1576 to become the Bishop’s palace. Today, it houses the Historical Museum of Bamberg.

After wandering around the narrow medieval streets, get into the town’s charming pubs and try out Bamberg’s famous smoked beer. The town is in fact home to nine breweries and produces about 50 different varieties of beer. Some of its beer gardens are gorgeously situated on top of the seven hills.

For a dose of the Bamberg’s rich culture, consider watching a show featuring the world-famous Bamberg Symphony Orchestra. You can conveniently make Bamberg a day trip destination from the larger city of Nuremberg. But if you do have the time, spend a night here to experience its atmospheric medieval section when it is all romantically lit at night.