Puno may seem just another small town in Peru, but a closer look at it will soon reveal a charming and quaint side with its historic architecture, narrow streets and cheerful locals – who are often seen wearing colorful traditional clothing. Founded in the late 17th century, Puno is one of the more active trading outpost in the country, thus, it will be hard to miss the commercial aspect of the town. 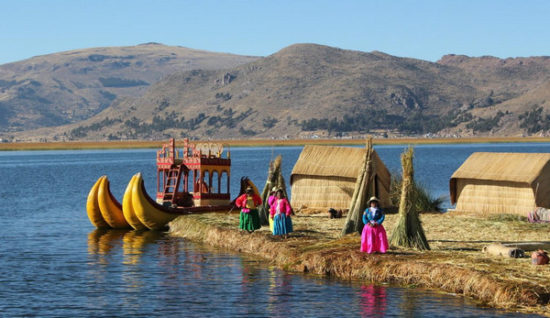 As evidence of Puno’s festive character, the town is considered to be the folkloric capital mainly due its Virgen de la Candelaria festival, whose parades are televised live for the rest of the nation to see. The parades may be popular, but it is the drinking and partying that come with it that solidify the town’s reputation. But if you happen to visit Puno outside the festival times, don’t fret – you can easily find the liveliest bars in the country in this town even without the festival. You might even experience a lively street party or two during your visit.

One of the famous landmarks to see while in Puno is its massive 18th century Baroque style Cathedral which sits on the west end of the Plaza de Armas, within the down town area. The Casa del Corregidor, which is the oldest house in town, also resides at the main plaza. Here, you can relax at its “cultural café” together with the locals and tourists. Other attractions you can explore include the central market, the laidback square of Parque Pino and the bustling street of Jiron (Pasaje) Lima, packed with restaurants, shops and bars. 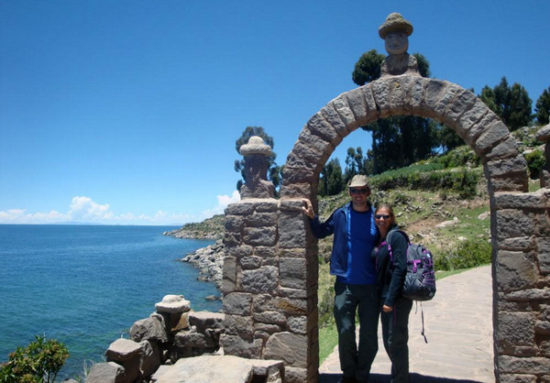 Aside from being near other popular tourist towns like La Paz and Cuzco, Puno is also the known gateway to the famous Lake Titicaca, the world’s highest navigable body of water nestled at an altitude of more than 12500 (at 3,830m ) feet above sea level. Aside from its location, Titicaca is admired for shimmering deep blue water, which flows in between the border of Peru and Bolivia. It is a popular among intrepid travelers to cross the lake to get from Puno to the town of La Paz.

One activity you don’t want to miss while in Puno is going for a boat tour around the lake to visit the man-made islands populated by the indigenous Uros Indians. These isles are called the Uros Floating Islands, and were constructed using totora reeds. Aside from its prominence in the field of tourism, Lake Titica is sacred and mystical spot for many Peruvians in the region. 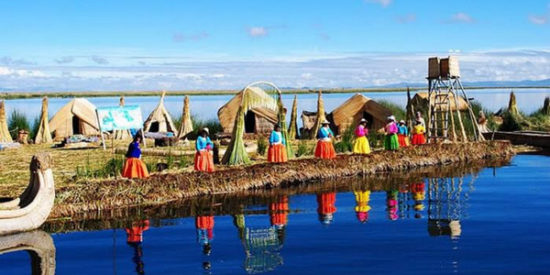 The Uros Indians believed that they were people born from the lake, and must therefore stay at their place of birth. In the vicinity, you will also come across two natural islands, Taquille and Amantani, which are also inhabited. Tours offered to the islands can last half a day or a full 2 days. If you have the time and budget, consider spending a night at the lake’s only private island called Suasi, which houses a very luxurious ecolodge.

To get an excellent view of Lake Titicaca and Puno, make your way to the top of a steep hill to Mirador Kuntur Wasi and Huajsapata Park. This site is only about a 10-minute walk from the town main square. Once on top, you will be greeted by the white statue of the founder of the Inca Empire, Manco Capac.