Ghent may be overlooked frequently by travelers in Europe but this Belgian city is definitely a hidden gem worth seeing. Break the cycle of visiting the most prominent cities of Europe and make your way to the Flanders region of Belgium, and you will soon discover Ghent! With its gorgeous waterside panorama, medieval buildings and vibrant young atmosphere, the city will surprise you, in the most pleasant way. 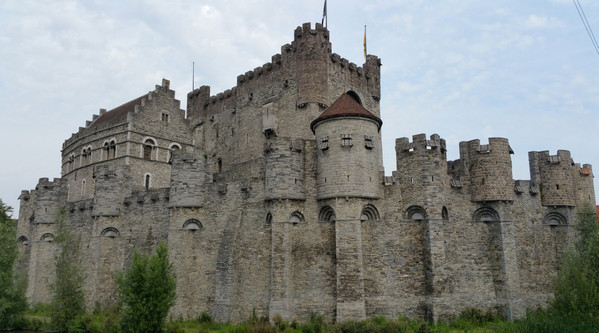 Due to its small size, Ghent is easy enough to explore and partly exudes that cozy feel that provincial towns possess. These days Ghent is a vibrant university town, equipped with lovely cafes, reasonably-priced restaurants and accommodation. But during the Middle Ages, it was one of Europe’s most powerful and among the richest cities. As you walk around town, you can still see imposing and exquisite structures that remind you of Ghent’s glorious past. The cosmopolitan and dynamic energy that the student population brings seems to mix well with the medieval look of the city.

Get to know the city quickly by checking out its most notable attractions. The Castle of the Counts, also known as the Gravensteen Castle is one of the impressive buildings Ghent is proud of. This formidable medieval fortress mostly intrigues its visitors with its torture chamber and the battlements which are perched high on the keep. The Castle was rebuilt in 1180 under the direction of Philip of Alsace. During your visit, you will learn more about the history of this powerful structure through a unique and interactive movie guide. 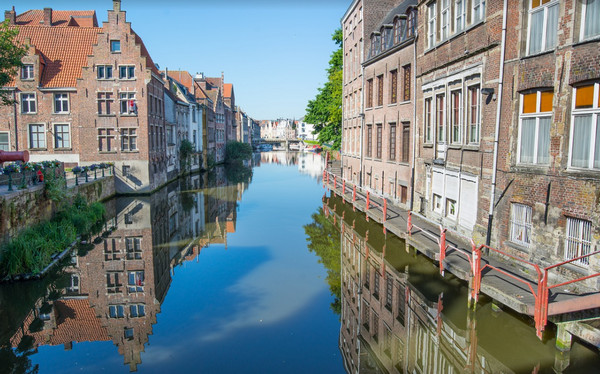 After visiting Ghent’s famous castle, you have the choice of exploring any of the city’s hundreds of historical buildings, 13th century Gothic churches and 18 museums! At Saint Bavo’s Cathedral, you will find the priceless polyptych (panel Painting) called The Adoration of the Mystic Lamb. In the middle of Saint Bavo and Saint Nicholas Church lies the Belfry, which symbolizes the city’s independence. Just beside it is the Cloth Hall, which shows off the Brabant Gothic design. When you walk to the corner of Cloth Hall, you will encounter another historical landmark: the old jailer’s lodge.

You can stroll around Ghent freely, especially in its lovely center where cars are not allowed to enter. But if there is one place in the city that will take your breath away due to its picturesque setting, it will be the Graslei. This medieval port features a row of historical buildings, whose structure is famously reflected on the long river. 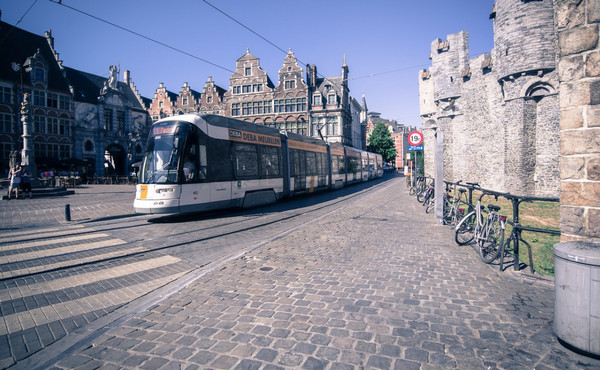 It is truly a distinct and very atmospheric place that locals and tourists make their way to enjoy one of the several café patios to just enjoy the scenery. Some of the prominent historical houses in Graslei include the Guildhall of the Free Boatmen, the Spijker and the house of the Grain Weighers. Just on the other side of the water lies another scenic neighborhood called Korenlei.

If you really want to see Ghent shine, come out of your hotel room at night, and see thousands of lights glow around the city. Ghent’s light plan is renowned and award winning as it is carefully crafted to create a certain mood and to play with the shadows. The most photography-worthy of course, is the port area so don’t miss this wonderful opportunity!