The Masaya Volcano National Park is one of the prime, must see attractions when in Nicaragua. The National Park lies between the cities of Managua and Granada, and proves to be a captivating site that is worthy of a visit.

The national park covers 54 square kilometers, which include two volcanoes as well as five craters. These volcanoes have erupted so many times throughout history including during the time of the Spanish colonization in the 16th century. The frequent eruption is the reason the Spanish conquerors called one of the active volcanoes the “Mouth of Hell” (La Boca del Infierno). They believed that the devil had something to do with the regular eruptions. Thus, they planted a cross called La Cruz de Bobadilla to exorcise such evil. Today, you can still encounter the cross that was named after the priest Francisco Bobadilla, and this structure has become one of the popular attractions in the park.

One highlight of a trip to Masaya Volcano National Park is the large impressive crater called Santiago. The crater is sandwiched between the Masaya and Nindiri volcanoes. Due to successive eruptions of the craters in the park during the 1900s, they eventually collapsed in 1985. These days, when you head over to the vicinity of the craters, you can still smell the sulphurous gasses as well as hear the lava flowing below the ground. The landscape in this volcanic area is filled with rocks and ashes. However rough the surroundings may be, it also has a certain serenity to it. 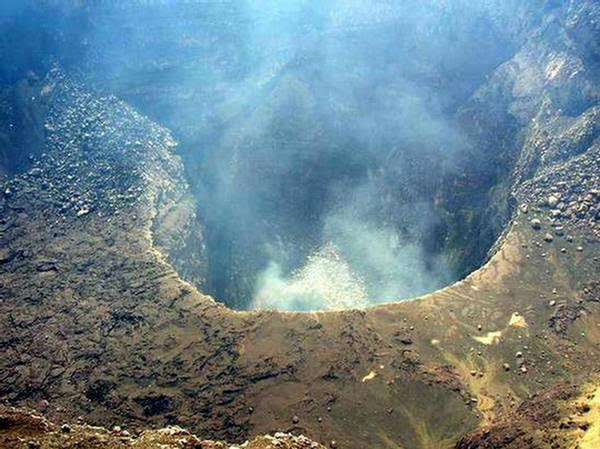 If you want to be a bit adventurous, grab the opportunity to peek over the edge of the Masaya Volcano. By doing so, you will see in full scale, its magnificent and powerful crater, which still emits sulfur gases and smoke. After marveling at the central crater, you can also hike over to the other craters and viewpoints. Such hikes are certainly worth it as the captivating volcanic surroundings will unfold before your eyes. Aside from the trails that lead to craters and lookout points, there is also one that leads to the Tzinaconostoc Cave, known as the haven for hundreds of bats.

Special trails which stretch from 1.5 to 6 kilometers, are all guided and have corresponding fees depending on the distance. Aside from the usual day tour, the park management also offers the nocturnal tour, which is quite unique and exciting. This night tour begins at 5 pm and ends at around 8 pm. The objective of the tour is to lead the participants first to the La Cruz de Bobadilla before sunset, and then proceed further to the crater area for wildlife observation, underground tunnel exploration and possibly, to watch the red, glowing lava flowing through the deep crater opening. This spectacular sight can only be seen at night. 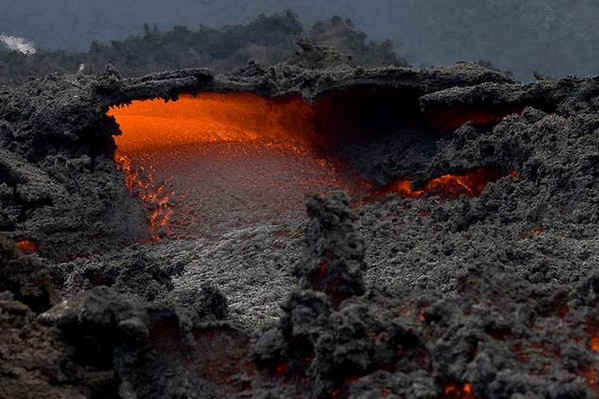 The Masaya Volcano National Park also houses a nice visitor’s center, which is situated just halfway up to Masaya Volcano. The center offers valuable information about the volcanoes in the park, as well as in other parts of the country. Here, you can also get acquainted with the various animals and plants inhabiting the park area. One of the fascinating creatures you will learn about are the Green Parakeets. For some reason, these birds have positively adapted to the sulfur smoke and decided to build their nests right near the crater.