Cesis is undeniably one of the prettiest towns in Latvia. Situated at the heart of Vidzeme, the town is known for its impressive medieval castle ruins, which also stands as the iconic symbol for Cesis. Because the structures made during the Middle Ages were excellently preserved in Cesis, the town exudes a very romantic vibe, a startling contrast to modern cities we see today.

All visitors who come to Cesis spends most of their time in its Old Town, which is enveloped by a stone wall that used to shield it from foreign invaders. This structure, which was established most likely during the 14th century, is very common to medieval communities all over the world. As you explore the Old Town of Cesis, you will see all kinds of remnants of its medieval past. 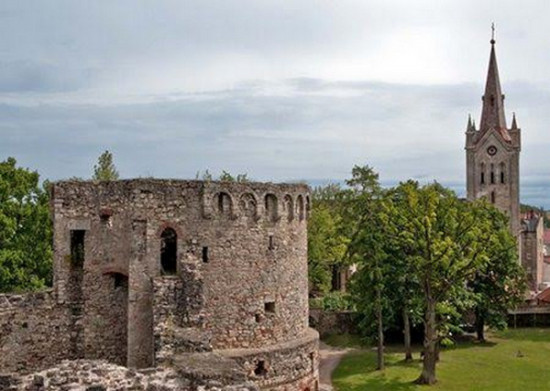 The long, narrow and winding streets will still be there to lead you to some old houses that used to be owned by great merchants and artisans. You will find two main streets that cross the Old Town, and some prominent buildings like the Town Hall, and the Large and Small Guilds. It also has a main church for the congregation to gather, as well as a central marketplace, where all the selling and buying happens. This marketplace is now called the Square of Roses.

The jewel landmark in Cesis’ Old Town is no other than its exquisite castle. To guide you into its most notable sections, proceed to the tourist information center situated within the castle. Here, you can get a map, which will help you explore the different sections of this enormous structure. Some of the popular sections include the Western Tower and the Master’s living room. The living room features a distinct interior design, adorned with vaulted consoles, furniture and decorations that date back to the 16th century. When you go all the way up to the attic of the Western Tower’ you will be greeted by great views of the city and the park, in which the castle is situated. Dare to go down the basement of the same tower and its staircase will lead you to the former eerie dungeons.

Groups visiting the castle can arrange for a re-enactment theatrical tour in the castle. This uniquely wonderful tour can be accompanied by a medieval themed meal and games that test your skills as a potential knight. The Cesis Tourism Development and Information Centre also offers other tours for individual visitors, souvenirs, postcards and accommodation booking assistance. 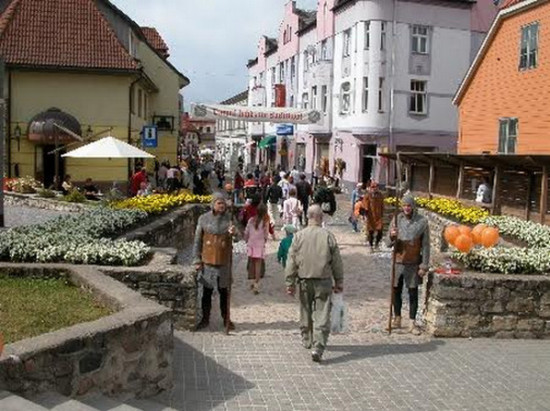 Aside from the Castle, there are other attractions worth seeing during your stay at Cesis. One of them is the Cesis Manor, also regarded as Cesis New Castle. It was built in mid-18th century, using some of the stone walls from the old castle and its defensive wall. The Manor now stands as an important structure in town especially for its architecture.

Another prominent landmark in Cesis, and perhaps its second most recognizable architectural building is the St. John’s Church. Built at the start of the 13th century, this Anglican Church is hailed as one of the oldest medieval monuments and cult buildings in the country. St. John’s remains the main place for worship among the people of Cesis, but it has also become a venue for choir and organ concerts, as well as other festival activities.