Montreal, originally known as Ville-Marie, is situated at the convergence of Ottawa and St Lawrence River. It is Canada’s second largest city. Also known as “City of Mary”, its present name is derived from a triple peaked hill that is situated in the middle of the city. The city is popularly rated among the world’s best cities to live. Historically it was the commercial centre of Canada, but after 1976 Toronto surpassed it economically as well as in population. It still continues to be one of Canada’s important centers of science and commerce.

It has also been known for innovation in various sectors and has ranked well in many of the innovation rankings. The city has its origin dating back to the time of New France, with Old Montreal being its most ancient area. Some of the old buildings are dated back to the 17th century making it a great tourist attraction. Other sites of interest include the Montreal City Hall, Bonsecours Market, Notre-Dame-de-Bon-Secours Chapel and, recreation places, museums and colonial mansions.

The major amazement is the way Old Montreal architecture and streets have been maintained to retain the feel of fortified settlements dating back to colonial times. Champ de Mars, a public arena between the Montreal City hall and the Ville- Marie expressway, provides an incredible view of Chinatown and Downtown Montreal. The city is well connected through STM buses and three major stations, Cham-de- Mars, Place-d’ Armes and square- Victoria metro Station. The other mode of transport includes bicycle paths and the summer ferries to the Longueuil. 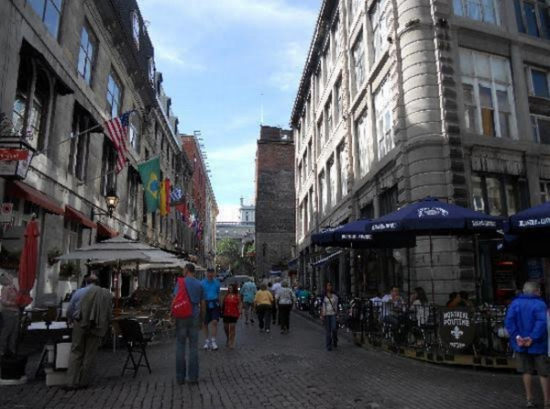 Along Old Montreal, stretching for two kilometers along the St Lawrence River is the Old port of Montreal. The port whose origin dates back to approximately 350 years ago has led to the prosperity of the city ever since its existence. Since its beginning it has been the trading centre for the city and has served as the social, cultural and economic centre for the city. It welcomes around seven million tourists every year. The port offers residents and visiting tourists a wide range of outdoor activity like walking, roller-blading, Segway rentals, quadri-cycle and cycling among many more. Attractions include things like the IMAX theatre, the Montreal Clock Tower and the Montreal Science Centre. The port celebrates a host of festivals like the Festival Montreal en Lumeire, Igloofest and the Matsuri Japon festival.

Connecting the old port to the Lake Saint-Louis is the Lachine Canal, which derived its name from the European explorer’s dream of locating a route from New France to the Western Sea and further up to China. Another major attraction of the city is the museum of archaeology and History, the Pointe-à-Callière’s Museum, built in 1992 as an honour to mark the 350th birthday of Montreal. Having being recognised as the national historic site since 1998, the museum showcases the amazing mutual existence of various cultures and also the way the British and the French regimes have influenced the history of the city over the years. 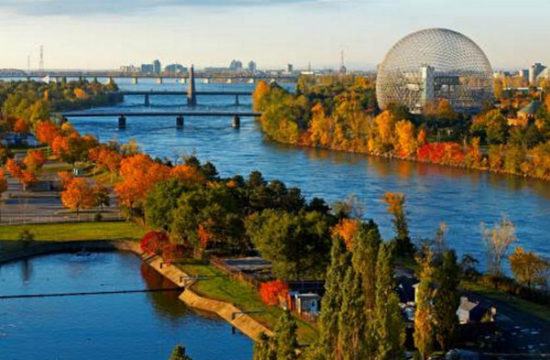 The museum has attracted approximately 4.5 million people. Its permanent exhibitions are “Where Montreal Was Born”, “Montreal Love Stories – The Cultural Connection” and a multimedia show: “Montreal, Tales of a City” though there has been loads of temporary exhibitions over the years. Major cultural activities include “Pointe-à-Callière’s Symphonies, Pointe-à-Callière’s Cultural Feast, The 18th Century Public Market, Halloween at Pointe-à-Callière and Who is the Real Santa Claus. The museums also include many educational activities like Exploring the Museum, Growing up in Ville-Marie, Life Stories, Montreal, an Urban Kaleidoscope, Young Explorers and Water Ways. Its sheer excellence has achieved many national and international awards. A visit to the museum once in the city is considered a must.