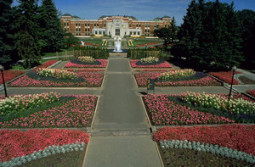 Montreal city has many museums of interest. One of them is the Montreal Museum of Fine Arts. It is Canada’s oldest art institution, founded around 1860. It was moved to its present location on the historic Golden Square Mile of Sherbrooke Street and, in addition to being the largest Montreal museum, it is also a member of Bizot Group, a forum that enables the exchange of ideas and exhibition among the leaders of the prominent museums of the world. The museum has been divided into three pavilions: Beaux Arts, the modernist Jean-Noel Desmarais Pavilion, and the Liliane and David M. Stewart Pavilion. The museum houses edifices from around the world.

Another important museum is the Canadian Centre for Architecture (CCA) which also happens to be a research centre. The research library can also be accessed by the general public, but that requires a prior appointment. Designed by Montreal native architect, Peter Rose, it is located at 1920 Baile Street. It incorporates the Shaughnessy House mansion, a national historic Site of Canada. A facing sculpture garden by Melvin Charney adorns the mansion entrance. The CCA has been recognized with the Honor Award for Architecture from the American Institute of Architects and the Governor General’s Medal in Architecture in 1992.

The mansion’s rooms have been restored to their original state. The centre attracts a lot of tourists every year and provides customized packages for specific groups and educational tours. Architecture enthusiasts will be thrilled by its large collection of artifacts and books. Additionally, it also houses exhibits from prominent architects like Ernest Cormier, Arthur Erickson, Peter Eisenman, John Hejduk, Aldo Rossi, and the artist Gordon Matta-Clark. It also offers special architectural games for children and universal exhibitions. The centre conducts regular thematic research shows and touring exhibits from different museums. 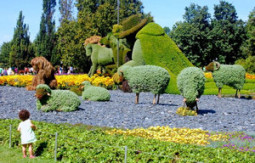 After the visit to museums, the Montreal Insectarium will be a relief. The insectarium has long been regarded for its large collection of insects and ranging from butterflies to moths and ants. The Insectarium in Montreal, billed as Canada’s largest insect museum, is also one among the largest insectariums in the world. The unique museum resembles a stylized insect when seen from the sky. The view can also be viewed from the observatory of Montreal’s Olympic Stadium. The insectarium is very popular among visiting tourists and records attendance of over 400,000 people every year. The live and preserved insects displayed in the insectariums are a great view as well as being informative about the importance of these winged creatures in the ecosystem.

And as the wildlife lovers have the insectarium, there is the Montreal Botanical Garden for those who love to admire a green ecosystem. Spread over 75 hectares, the massive Botanical garden of Montreal is one of the world’s largest botanical gardens. Situated just metres away from downtown Montreal, adjacent to the Biodome and Olympic Park, the garden is one of a kind. Housing around 22,000 plant species, approximately thirty thematic gardens and 10 exhibition greenhouses it provides a spectacular experience.

A journey in the botanical garden is an experience in itself as one inhales the beauty of a Chinese Garden, the typically designed French garden, the clam oasis of the Japanese Garden or the woodlands of The Laurentians. The colour and vibrancy of the garden, its fragrance and radiance provide a world-class experience. Argued as the most beautiful location in Montreal, the garden can be visited round the year and there is always something new to explore.