A former monastery turned gallery of more than two centuries worth of artists and architects, the Monumental Cemetery in Bologna is surely not your average graveyard. 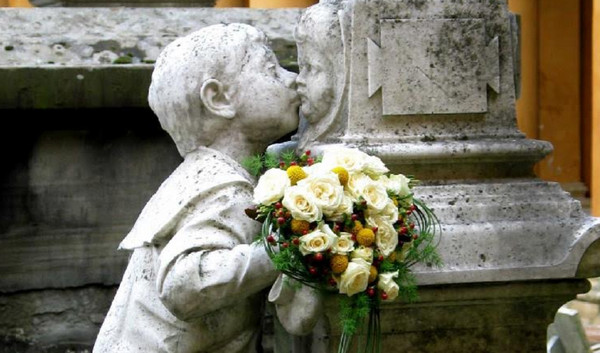 More than the morbid mysteries underlying the history of the place, this necropolis, also called Certosa, is a wonder of history as it was also an Etruscan cemetery from the sixth to the third BCE, a massive treasure chest of archaeological findings from the ancient times. Tagged as the oldest modern cemetery in Europe, it is esteemed as one of the most important cemeteries in the world, not just for its historical and topographical significance but also for its artistic and cultural value.

Walk through the halls that once witnessed burial rites of the ancient people in Etruria. Between 1869 and 1871, many early tombs and artifacts were excavated here. Marvel at the exhumed collection at the Archaeological Civic Museum of Bologna and discover history impressed in tombs and other significant objects proving a rich story of life and culture in the past. 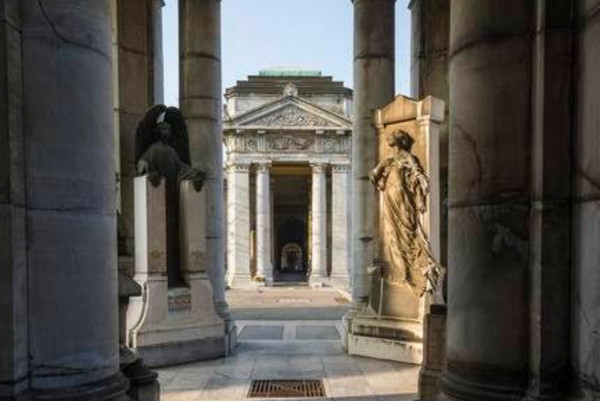 The same halls also served as a monastery for more than 400 years from the 14th century. It was destroyed, but traces of the religious community still reverberate through the place. Visit the Church of San Girolamo, the only edifice integrally reminiscent of the ancient convent. However, because it was a perfect place health-wise for burying the dead, it was turned, in 1801, into a cemetery for the nobility. With the reputation of being the final resting place of important personalities in the European society, it was adorned with impressive monuments and sculptures that speak of the artistry prominent at the time. Not long after, it grew into a vast open museum with beautiful structures and intricate figures of people, angels, and religious images, which you can enjoy today.

The tradition of installing monuments in the Certosa atop graves continued for over two hundred years, accumulating numerous awe-inspiring art works of hundreds of artists over the years. New galleries continue to flourish. Noteworthy are cloisters embellished with art reflective of neoclassicism and the age of enlightenment. No wonder, it has been attracting many tourists for hundreds of years not just as a place of interest but also inspiration for literature and science including Lord Byron, Charles Dickens, and Sigmund Freud among others. 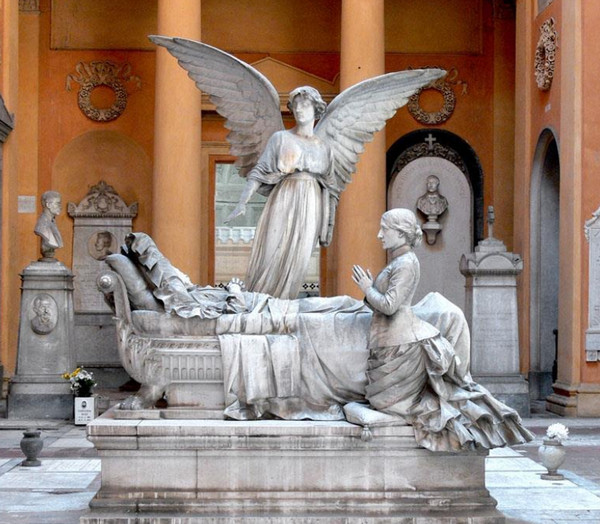 There are many interesting things awaiting you at the Certosa. Filled with many halls creatively meshing art and graves, it is an ironic testament of death and, at the same time, vivacity of life immortalized in monuments. Among the different alleys you will tread, do not miss the underground path that leads to the Colombario, which houses some of the most important monuments you will find in the cemetery. Aside from admiring the overwhelming presence of creativity and imagination, read through the epitaphs of famous Europeans in the history of Italy. This amazingly unique cemetery will never run out of amazing surprises for you.

You will not just enjoy the place but also various events hosted in the Certosa throughout the year. Check out announcements for the most recent line-up of plays and exhibitions. Guided tours are also available. Every summer, it is open from 7 am to 6 pm, and every winter, 8 am to 5 pm. If there’s one place for the dead that you definitely should have on your bucket list to visit, it is no doubt the Monumental Cemetery in Bologna.