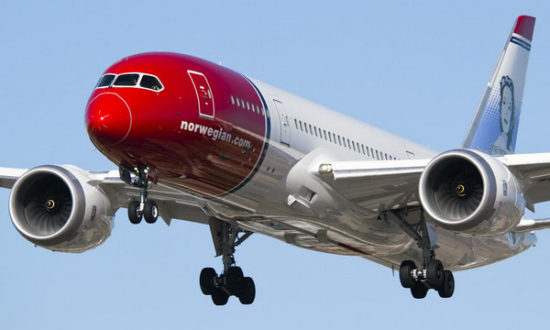 The low-fare airline operates brand new Boeing 787 Dreamliner’s across the Atlantic. With big windows and an in-flight environment designed to experience a much less dehydrating “lower altitude”, Norwegian Air Trans-Atlantic flights take off with a definite advantage. The aircraft is impressive in so many ways both from a passenger perspective and the cockpit point of view. It was a thrill to fly for the first time and I look forward to enjoying many future long haul flights on this technological wonder! Here is a brief introduction to this magnificent Boeing airplane.

Norwegian Air 787 long haul aircraft only offer economy and Premium Economy, with no business class. Premium Economy is one of the roomiest, at 46-inch pitch, with footrests, and a seven-across arrangement (two-three-two) as compared with nine-across with 31-inch pitch in economy. The Premium Economy seating is similar to domestic First Class configurations, but with much MORE leg room! 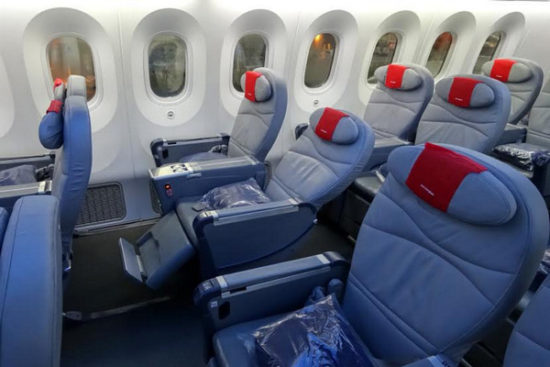 With plenty of space to stretch my legs under the seat in front of me, my 6′ 4″ frame was extremely comfortable during my eight hour crossing from JFK to CPH. When my seat was fully reclined, I was quite relaxed, although when the seat in front was in full recline, it was a bit intrusive…so I raised my seat back a bit, as did the fellow in front of me…nice to be courteous…and everyone wins. The seats are spacious and roomy at 19 inches wide (compared to a 17.5 inch width in economy). Some might find the padding a bit thin after several hours, but, overall, Norwegian Air Premium Economy seating is light years ahead of any of the major carriers “Deep Vein Thrombosis” class!

In keeping with the low-fare business model, meal service is a bit less fancy than what you find on some other lines. It was basic, hot and frankly tasted fine. Not knowing what to expect, I brought a gourmet sandwich along from an airport concession which I never got around to eating… 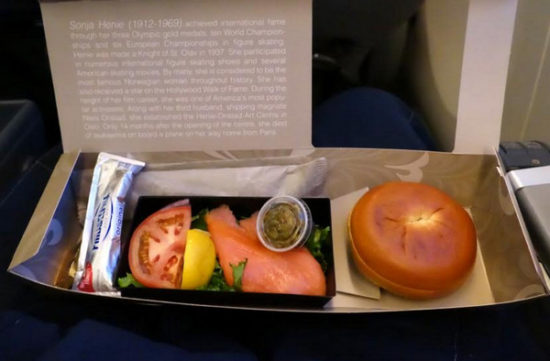 The 787 entertainment system is state of the art and has a generous selection of current movies, televisions shows and games. Norwegian’s fleet of all economy Boeing 737’s operate on a vast variety of European routes, offer free WI-FI and are great for connections from the airline’s long haul hubs(CPH, OSL, LGW). As a Norwegian Air Premium Economy guest, I had access to the Aviator Business Class Lounge during my 3 hour connection in CPH and at the Korean Air Lounge at JFK before my Norwegian Air Trans-Atlantic departure.

Norwegian Air’s cabin crews are comprised of a mix of American, European and Asian nationals. On our flights, they were efficient, friendly and got the job done. The airline has recently established two flight attendant bases in North America. One in Ft Lauderdale and one in New York to better serve the increasing number of flights originating in the USA. 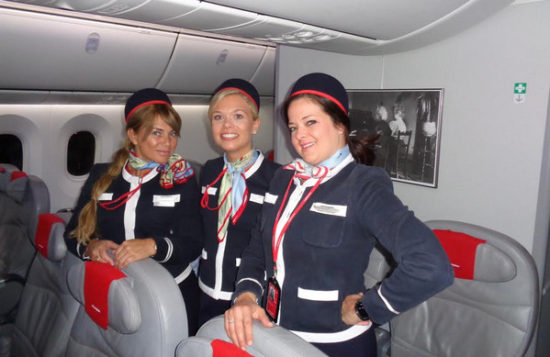 Overall, I give Norwegian Air high marks for bring civility back to traveling in economy…Premium Economy that is!

For details and pricing information, visit their US web site.

For a preview, take a flight in Norwegian Air’s Premium Economy with this Air-Clips.com YouTube video.

And here is an insightful article from Chris Elliot that explores Norwegian Air’s impact on competition with the big three US “monopoly” airlines.