Olomouc, which lies along the Morava River, is the capital of the stunning province of Moravia, Czech Republic. This lovely relaxing city is adorned with beautiful squares and baroque buildings, and exudes a distinct culture. It is home to the biggest Trinity column in the country, which is also inscribed as a UNESCO World Heritage Site.

Being one of the oldest historic preservation sites in the Czech Republic, Olomouc may be standing under the shadow of Prague, but this city can definitely hold its own when it comes to being a true tourist destination. Olomouc was loyal to the Austro-Hungarian Empire, and saw a rise of its middle class during the middle of the 19th century. Olomouc has a lively classical music scene thanks to the great influence of prominent composers like Mozart and Mahler. In fact, the city is presently the home of the Moravian Philharmonic Orchestra.

Because it is not as touristy as the country’s capital, you can go to Olomouc without the feeling of being squeezed amongst a sea of tourists. The city center is small enough that it is possible for you to explore it on foot. Once you reach the historic center, you will find more opportunities for some sightseeing and pleasant walking.

Another interesting thing about Olomouc is it has a large student population because it is home to the country’s largest and most distinguished university, the Palacky University. The presence of a large number of young students contributes to the lively energy given off by Olomouc. Thus, it is not surprising that the town maintains a thriving nightlife. Here, there are a number of excellent bars and clubs that will bring out the reveler in you.

One of the highlights of visiting Olomouc is its Upper Square locally called Horni Namesti. This highly historic open space houses six of the most renowned baroque fountains. This is also where you can find the 18th century Holy Trinity Column soaring at 35 meters and the massive Town Hall, which stands at the center of the square. The Town Hall has a gallery, restaurant and an impressive 15th century Astronomical clock. 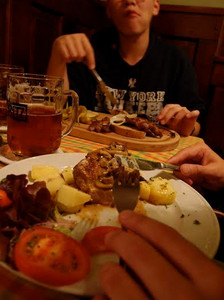 The town’s main tourist information center is also located here. The center can help you organize tours around the town attractions including climbing the tower. You can also purchase the Olomouc Region Card from here. The card provides admission to the most notable sites in town, as well as providing discounts to many hotels, restaurants and other commercial establishments. The lower square counterpart of this square is located on the south and is called Dolni Namesti.

There are a number of beautifully constructed churches in Olomouc as it has been the seat of the Catholic Archbishop. These churches may not be on the radar for most tourist guides, but be sure to ask the local tourism office about visiting them, as it is definitely well worth your time. Some of the gorgeous cathedrals you should visit include the thousand-year old St. Wenceslas Cathedral. This structure is the dominating figure in Olomouc’s skyline thanks to its very spire.

Other notable holy buildings to visit include St. Michael’s Church, the famous pilgrimage site of Basilica Minor on the Holy Hill and the nicely preserved Gothic church of St. Moritz.