If you are the type of traveler who likes to see the most out-of-this-world landscapes, then the mysterious country of Iceland should definitely be on the top of your travel wish list. And one particular Icelandic site worth seeking out is Skaftafell Park. This absolutely enchanting park measures about 4800 square kilometers, and was crafted by Mother Nature herself using two powerful elements – fire and water.

If you’re imagining that Skaftafell features an ice-filled landscape the whole year round; you will soon be proven wrong! Despite being home to spectacular ice caps like the Vatnajökull; it also boasts some green spots, particularly the birch forests, where adventurers like to camp and commune with nature. But beyond the forests, lie other varied habitats such as glacial rivers and black desert sands. Since the 1960s, Skaftafell has stood as an independent park, but in 2008, it officially became a part of the Vatnajökull National Park. 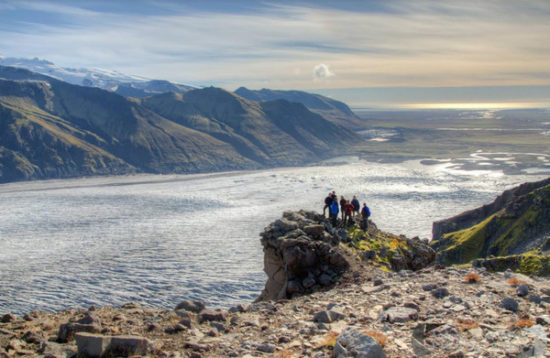 Hiking is one of the main activities to take part while in Skaftafell, and one hiking destination that is not to be missed is the Svartifoss, also known as the Black Fall. Svartifoss is the striking evidence of Iceland’s abundance of water, which is probably the purest kind in the world. Although the waterfalls in this country are found everywhere, Svartifoss can still stand out due to its sheer size and magnificence. This waterfalls cascades over a cliff made of gigantic black basalt columns.

If you hike further, you will soon encounter the beautiful blue glacier lagoon of Jökulsárlón. Here, you can marvel at the huge icebergs floating peacefully on the water. Most of the hiking trails that lead to Svartifoss are short and easy. If you want longer and more challenging hikes, then seek out places like the Kristínartindar mountain peaks and Morsárdalur valley. And because these sites demand more distance, time and effort, visiting them is also very rewarding.

Summer is a great time to visit Skaftafell as it experiences more warm summer days than other places in the country. If you don’t feel comfortable exploring the park on your own, booking one of the many guided tours offered, will put your mind at ease. During the period of mid-June to mid-August, park rangers conduct shorts walks around Skaftafell. You can also go for glacier expeditions and ice-climbing tours offered by private outfitters.

The outfitters usually provide Skaftafell excursions packages that include meals, transport and accommodation. If you’re interested in getting another perspective of Skaftafell, and you have the budget for it; why not go for a memorable sightseeing flight? Getting a bird’s eye view of magnificent natural attractions like the glacier Vatnajökull on a plane is surely something that cannot be easily forgotten! 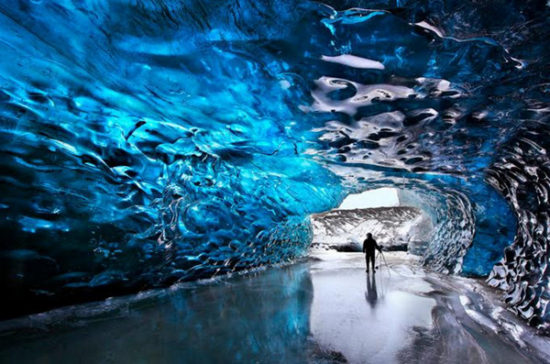 Visiting Skaftafell for only a day is always an option, but it is not as nearly satisfying as spending a couple of days in this glorious wilderness, which no place on earth can be compared to. As mentioned, you can camp within the park’s grounds, sleeping under the stars. Skaftafell’s large campground is open to the public from May 1 to September 30. There are also other accommodation options just outside the park. To get valuable information like park history, activities, services and hiking routes available in Vatnajökull National Park, you can always drop by the Skaftafell Visitor Center.