An incredible experience in a wild and lush jungle set in a remote part of the world – this is what Papua New Guinea’s Kokoda Trail offers to the intrepid traveler. Although it is known as one of the most grueling and mentally challenging jungle trails in the world, thousands of travelers still come to the country in the hopes of outlasting Kokoda. And if you plan to be one of these thousands, prepare for a big trekking challenge!

Kokoda trail stretches for 60 miles, and it takes an average of 9 to 12 days to complete it. The trail goes across the Owen Stanley mountain range, which divides the nation’s north and southern coasts. Taking on the trail requires you to walk uphill and downhill on steep sections for 6-8 hours every day. But Kokoda is not just about challenging yourself physically, it also rewards you with panoramas of Papua New Guinea’s spectacular landscapes, which only a few travelers have the privilege to see. Trekking Kokoda is also about getting a glimpse into history as this is an important World War II battle site between the Japanese and Australian military forces.

History tell us that a group of young and inexperienced Australian soldiers valiantly fought the advancing Japanese Army in this area during the Kokoda Campaign. In the end, the Australian military prevailed in this violent encounter. This piece of history is the reason many Australians take on Kokoda, to relive the glory of victory and pay homage to their fallen war heroes. 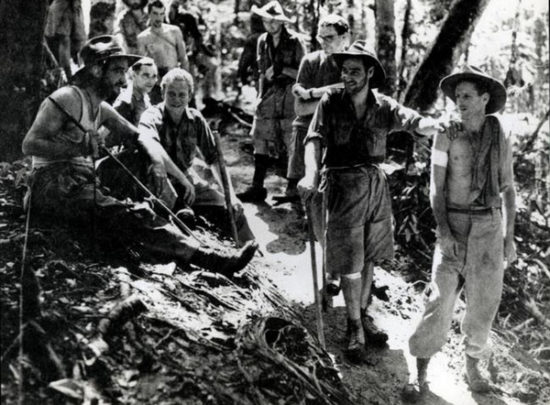 Kokoda Trail brings you not only through thick jungles, but also to raging river crossings, muddy paths, log bridges, deep gorges narrow ridgelines and mountains. This journey would indeed take a toll on your feet and knees; and the hot and humid weather would not be so kind. While trekking, you will encounter only a handful of remote villages, which have little tourist infrastructure.

Avid trekkers who wish to tackle Kokoda Trail usually sign up for a group trip with a local fitter. The trekking group may small or big, and is guided by a local or an Australian guide, who has a wide knowledge of the history of the trail. Fortunately, there is a variety of treks and tours for different types of travelers. Some tours include a visit in beachheads such as Gona, Sanananda and Buna. Others, are more focused on the battle trail which starts from Owens Corner all the way to the main Kokoda section. Hiking the trail also means having to camp every night under the stars, however there are also a couple of decent shelters with raised wooden floor and iron roofs along the way. 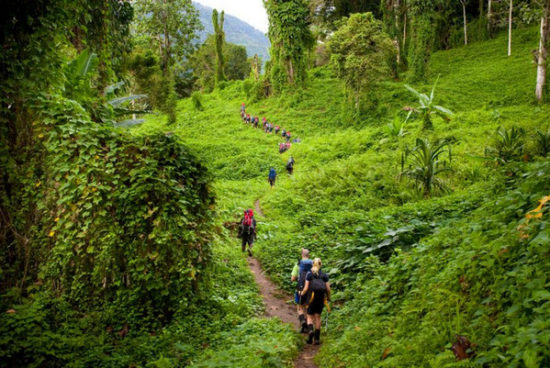 The Kokoda Track Authority (KTA) is the official organization that promote and manages the trail for tourism purposes. You should acquire a permit from KTA before embarking on your trek. The track is open all year round but the wet season runs from December to March. Most of the license tour operators organized treks during the period of April to November.

In case you want to go to Kokoda, but are not really keen on the idea of trekking for several days, you can opt for sightseeing opportunities, which are plentiful in this region. You may visit places like Sanananda, Buna, Gona and Rabaul, which offer fun, albeit less grueling, outdoor activities!