Uxmal is one of the most important and popular Mayan towns in the Yucatan. Founded in 700 A.D., the town used to be home to 25,000 Mayans. Even though the original inhabitants are long gone, what remains for the younger generation to marvel at, are the ancient buildings, which were believed to have been built in between 700 to 1000 A.D. Uxmal is a designated UNESCO Heritage Site, and its structures are strong evidence of the Mayan’s superior knowledge of astronomy. 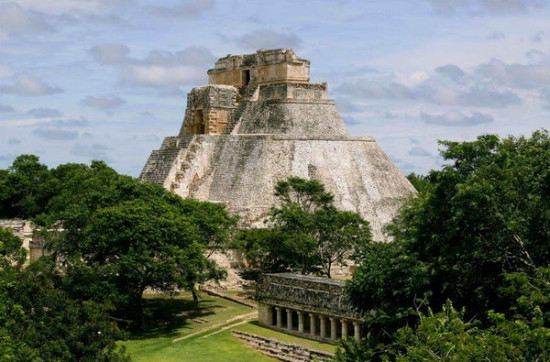 Upon arrival at Uxmal, you will be immediately be in awe of many of its remarkable buildings, which are considered to be some of the most beautiful representations of the Puuc (hilly country) architecture. One of the major ones, which you will most likely see first is the Pyramid of the Magician. This structure rises 38 meters or 117 feet, and is equipped with an elliptical base that is not common in Mayan pyramids. Adorning this pyramid complex is a group of exquisite buildings and sculptures that represent the god of rain named Chaac.

Just beside the Pyramid of the Magician, is the Casa de las Monjas or the Nunnery Quadrangle. This complex has four buildings, 74 small rooms and a courtyard. It also exudes the Puuc architectural style and houses some ornaments like pillars, serpents and Chac masks. However, the best representation of the Puuc architecture is arguably, the Palace of the Governor, which is nestled on a raised platform. Other Uxmal buildings to explore include the Great Pyramid, House of the Turtles, and the Temple of the Doves. Although Uxmal has fewer buildings than other archeological sites like Chichen Itza, its ceremonial site is considered a great depiction of the Maya’s flourishing culture. The town is also part of the “Puuc route” of the Mayan sites.

At the entrance of the ancient site, you will find a small museum, which is a good spot to stop by to learn more about the history of Uxmal. This area also has restrooms, gift shops and a snack bar. If you want to give back to the locals, purchase an item or two from the vendors at the entrance. The Uxmal area usually experiences warm and sunny weather for most of the year. So make sure bring your chosen sun protection as well as a good pair of walking shoes. The site is open every day from 8 a.m. to 5 p.m. 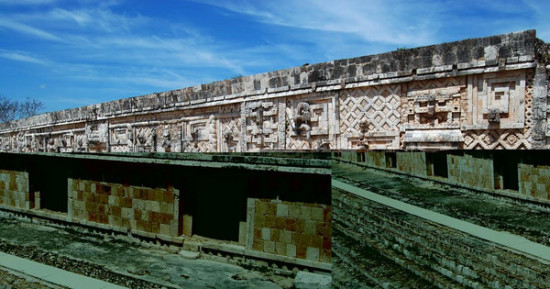 Because Uxmal is just close to the Riviera Maya, it makes a perfect destination from this tourist hub. You can at least stay in town overnight to have enough time for sightseeing. There is a good selection of hotels near the ruins. They are usually equipped with pools and restaurants. Another advantage of staying overnight in the vicinity of the ruins, is that you get to witness a light show and hear the wonderful evening sounds.

The closest town to Uxmal is Merida. From here, you have the option to take one of the three daily buses that go to the site. Another alternative is to take the cheap collectivo van to Muna, and then hire a taxi from Muna to bring you to Uxmal. Of course, there are frequent organized tours to this ancient Mayan site, operated by various companies in the region. All you have to do is pick one!