The Chinese city of Suzhou is the undisputed queen of beautifully designed gardens that date back from 11th to 19th centuries. The city’s gardens are excellent examples of the Classical Chinese garden design, which is designed to depict natural landscapes in miniature forms. They will truly astonish you as they are testaments of elegance, superior craftsmanship and the rich culture of the ancient Chinese. When you stroll through the winding paths of these gardens, you will immediately realize why it is designated a World Heritage Site by UNESCO. 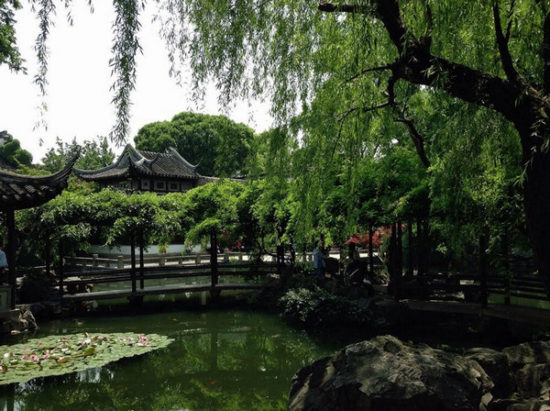 The city of Suzhou is situated in the Jiangsu Province of China and is south of the Yangtze River. Its history goes all the way back to the 6th century, when it was established to become the Wu Kingdom’s crowning capital. The establishment of gardens around the city was inspired by the royal hunting gardens built under the instructions of the State of Wu’s then king. Soon, more private gardens were made beginning during the 4th century.

As a result, Suzhou is now home to over 50 gardens. Out of these gardens, nine are considered the best ones, which show off the traditional “Mountain and Water” design. These nine gardens include: The Garden of Cultivation, the Retreat & Reflection Garden, the Lingering Garden, the Humble Administrator’s Garden, the Mountain Villa with Embracing Beauty, the Net Master’s Garden, the Lion Grove Garden, the Canglang Pavilion, and the Couple’s Garden Retreat. 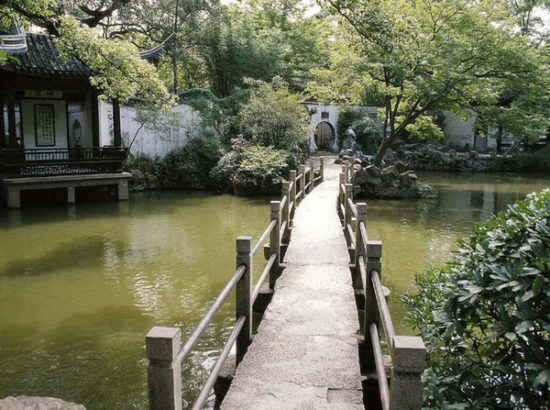 Most gardens are composed of a residential section and a main garden. As you stroll along them, you will be treated to the sight of beautiful pavilions, bridges, ponds and colorful flowers. All of these features are placed to replicate a natural environment. Aside from wonderful Chinese architecture, you will truly appreciate the tranquility that can be felt throughout the gardens. The living spaces, which face the water, feature simple yet exquisite rosewood furniture, parallel couplets, paintings and calligraphy displays.

The largest among the gardens is the 16th century Humble Administrator’s Garden, which covers an area of four hectares. The oldest one among the nine magnificent gardens is the Canglang Pavilion, which was actually built in the early 11th century in place of an older destroyed garden. The Humble Administrator’s Garden is another famous garden, which is located near the Suzhou Museum. This early 16th century garden is known for its large pong and blooming lotus in the month of August. The Ming Dynasty Lion Grove Garden, on the other hand, is made popular by its fascinating man-made rock formations.

If you do not have enough time to visit all the city gardens, consider going to the ones that are near the city center. These gardens include the Garden of the Master of Nets, the Lion Forest Garden, the Humble Administrator’s Garden and the Canglang Pavilion. These gardens are within walking distance from each other, which is perfect if you are only a day trip. The other gardens are accessible via Suzhou’s extensive public transport system made up mainly of bus services.

Generally, Suzhou’s gardens have corresponding admission fees for visitors. Lingering Garden, arguably one of most popular gardens, is open from 7:30 am to 5 pm. It is a good example of a private garden style that flourished during the Ming Dynasty. Holidays and weekends attract the most number of visitors. Thus, to avoid the crowd including tour groups, try to visit during the week around noon.