Situated in south west section France, within the Gironde region, the charming town La Reole is not really known to many travelers in the region. But for those who had the chance to discover it are thanking their lucky stars. The town sits on the banks of the Garonne River, and has a lot to offer to visitors. Above all else, La Reole has greatly treasured its rich heritage as evident in the number of buildings the town has successfully preserved. 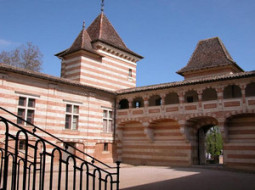 La Reole is proud of its picture perfect historical center adorned with narrow cobbled streets, which are in turn lined with shops, medieval colombage residences and other well-preserved captivating buildings. The main road in the center leads to an impressive traditional town hall, built during the 12th century, and commissioned by Richard the Lionheart. It is in fact the oldest town hall in all of France. But over centuries, it has undergone so many redesigns. Some of the highlight features of this building include a Gothic style balcony and Renaissance-designed windows. These days, the local government has decided against using the building for official government work.

To maximize your visit to the city, go for a walking tour around town. The tour is well marked and highlights the most prominent landmarks in La Reole. The signposts for the walking circuit are marked “Circuit Pedestre.” The route leads you through interesting buildings and unveils courtyards, grand staircases and exquisite corridors. Once you venture to the western side of the Old Town, you will find another notable attraction, which is the Church of Saint Pierre (Saint Peter) and 18th century priory. 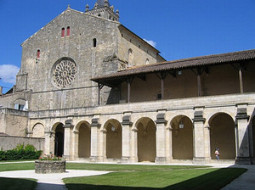 Standing beside the priory, Saint Peter is often referred to as 12th century castle church, and has been classified as a historical monument since 1846. This place of worship features a single nave, three bays and a portal that exudes the exquisite Gothic style. The priory is a reflection of the incredible skills and talents of La Reole’s iron workers. After checking out its marvelous ramps, staircases and cloister doors, make your way to the buildings southern facade as it offers a nice view of the Garonne.

Another excellent example of La Reole’s beautiful medieval structures is the Chateau des Quat’sos (four sisters), nestled on the Garonne River. This magnificent castle was fortified in the 12th century. Although it was besieged and dismantled at some point in history, the castle has successfully preserved three of its original towers. Today, the Castle of the Four Sisters is a certified as one of the country’s precious historical monuments. During your exploration of the chateau, take time to drop by the lovely nice garden down below. Because it was neglected for centuries, the garden was recently been redeveloped to its original form for the younger generations to enjoy.

If you cannot get enough of medieval and traditional buildings, La Reole has plenty more to show. Take a look at the wall ruins that protected La Reole from invaders. Other the structures not to miss visiting include the Gallo-Roman site of Lower Callonge – Bomb, which is located to the east of the town; the house of the parliament; and the ancient public wash-house called the Lavoir de la Marmory.