The exquisite Lincoln Memorial is one of the most prominent monuments in Washington DC, United States. The structure should be on the top of your itinerary when you visit this American city, not only because of the architectural beauty, but primarily because of its great historical significance.

As you may already know, the Memorial was built in honor of the 16th President of the country – Abraham Lincoln. Lincoln is also known all through American history is the “Great Emancipator”. Since it was built, the Memorial has also been the site of many important events and speeches. One of the most famous speeches delivered here was the “I Have a Dream” speech by the Martin Luther King in 1963. 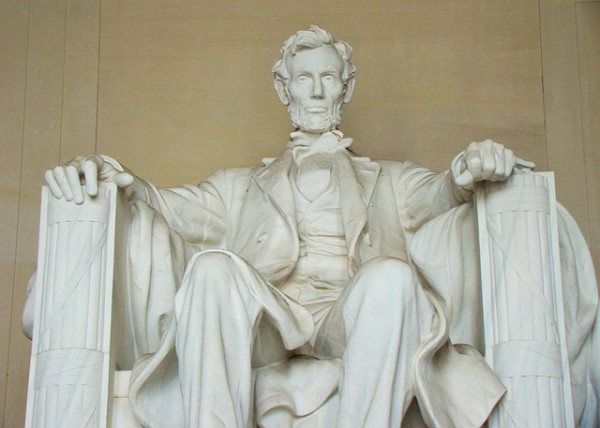 The Lincoln Memorial lies on the western most section of the National Mall in West Potomac Park. When you climb up to the monument, you will be treated to spectacular views of the city. The highlight of your visit is of course the 19-foot (5.7-meter) statue of a sitting Lincoln. Daniel Chester French designed this 175 ton statue that is known to perfectly reflect Lincoln’s facial expression when he was thinking deeply. This larger-then-life statue is often called Honest Abe, and has become a favorite among tourists to photograph. You can also find a carved copy of the important Gettysburg Address, which Lincoln delivered during the civil war. There are also gorgeous murals that are inside the memorial, which were painted by Jules Guerin.

The Memorial building is decorated with 36 magnificent Doric columns, which are reminiscent of the ancient Greek temples. These columns proudly represent the number of states in the union at the time of Lincoln’s passing. The building, which houses the statue, was designed by Henry Bacon. The building which was constructed in 1914, is proven to easily win the hearts of architecture aficionados because of its striking and powerful neoclassical design. The Memorial opened its doors to the public in 1922. 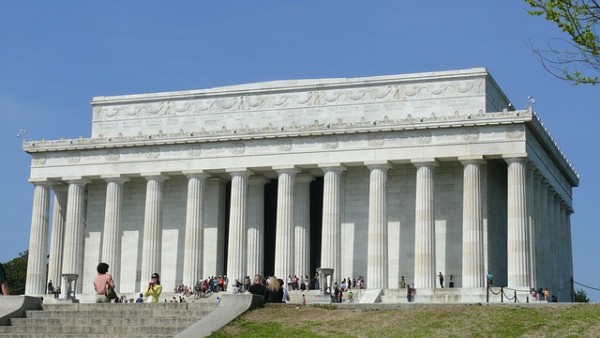 Although the Lincoln Memorial is very much seen in magazines, books, movies and television, nothing beats seeing it in person. Fortunately, visiting the Memorial is free. You can also choose to view it at any time during the day. The monument is open to the public all year round except during Christmas Day. National park rangers are usually on duty from 9:30 a.m. to 11:30 p.m. These rangers are very knowledgeable about the history of the monument, and they are glad to answer related inquiries during their hours of duty.

Every day the management conducts interpretive programs, which are presented on an hourly basis – from 10 a.m. until 11 p.m. Take note that taking pictures is not allowed once you reach the top of the white marble steps and the Memorial’s interior chamber. According to the National Park Service, the monument receives approximately 6 million visitors every year.

The Lincoln Memorial is best visited at night when the lights surrounding it illuminate brightly, highlighting the grandiose architecture of the monument. This is also the time when there are less tourists walking around taking photos. Thus, you can admire the grandeur of the Lincoln Memorial at a more serene environment.