As one of the most attractive islands in Great Britain, the Isle of Barra certainly lives up to the expectations. Aside from being blessed with spectacular beauty, this island on the Hebrides, possesses a certain tranquility, not to mention a rich culture and interesting history. Barra is actually the southernmost inhabited islands that belong the famous archipelago called the Outer Hebrides. There are only about 1300 people living on the island, and most of which have Gaelic heritage. 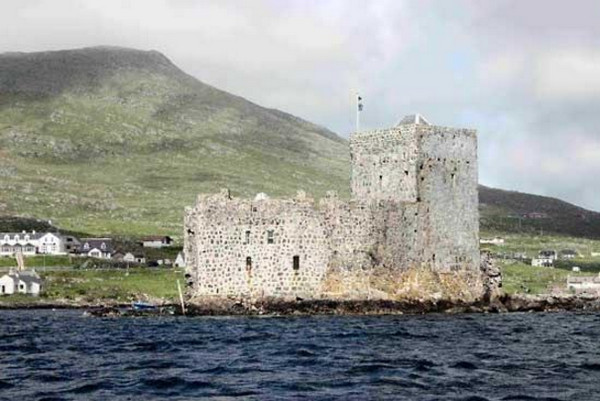 With a length of merely 8 miles and a width of 4 miles, Barra is quite small. Nevertheless it is gifted with gorgeous white sand beaches like Tangasdale; as well as not only one but seven lochs (lakes). These lochs are highly coveted spots for fishing for brown and sea trout. The crowning glory of Barra is its 19th century fishing port town named Castlebay. This is the main settlement on the isle, and thus, houses most of the modern infrastructure like supermarkets, banks, petrol station and school. You will also find a good selection of accommodation in Castlebay.

Castlebay’s port is serviced by regular ferries that come from Oban. This is the most common way to access the island. But if you have the means, try your best to reach Barra by flying. This strong recommendation has something to do with the experience of landing on the island’s very distinct airport. Flights arriving on Barra land on the beach at Cockle Strand!

If you think this fact is already incredible, you will also be fascinated to know that flights can only land between tides, because at high tide, the runway is covered by the waves! Flights go to and from Barra’s North Bay and Glasgow from Monday to Saturday. The three airlines that run this service are FlyBE, British Airways and Loganair. Because the flight schedule is based on the shifting of tides, the timetable for landings and takeoff is quite unusual.

One of the fun things to do while in Barra is to take a boat trip from Castlebay to reach the Kisimul Castle. Often referred to as the ‘Castle in the Sea’, the medieval style Kisimul is nestled on a rocks islet in the bay. The castle used to be the seat of power for the Clan MacNeil, and is situated in this location to provide wide and clear views of the sea, including any ships approaching the island. Heaval is another attraction worth exploring on Barra. It is the highest hill on the island, boasting a height of 383 meters (1257 feet). Ascending to the top means being rewarded with fantastic views of Castlebay, the sea and surrounding islands. 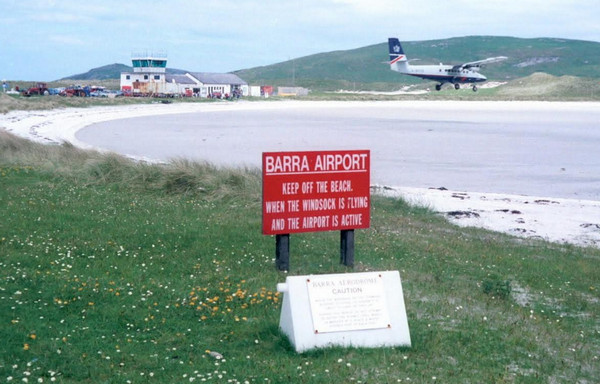 While in Castlebay, you have the opportunity to enjoy a wide range of outdoor activities which include sea kayaking Tours. Clearwater Paddling is one of the outfitters that offer such an amazing experience. Their sea kayaking adventure intends to bring you to sheltered bays and marvelous islets just off Barra’s coast. If you want to stay on land, you may play a round or two of golf at the Barra Gold Club, famous as the westernmost golf course in all of the UK.

To learn about the history and culture of the island, make your way to the Barra Heritage and Cultural Centre (locally called Dualchas). This center houses two main galleries that host various displays, art exhibits as well as fascinating cultural events.