A serene haven, a rural paradise and a place of myths, these are just some of the things that appropriately describe the island of Gozo. Gozo is actually one of the three islands that encompasses the Maltese archipelago. Lying in the middle of the Mediterranean Sea, Gozo has been perceived to be the isle of the goddess Calypso in the legendary Homer’s Odyssey.

You won’t find the gorgeous Greek goddess on the island anymore, but Gozo’s dramatic landscape, spectacular coastline, historical forts and old stone farmhouses will not fail to enthrall you. The island is often compared to its sister island Malta, which is separated from Gozo by an eight-kilometer channel.

Although Malta is a more popular destination to European tourists, Gozo’s charm lies in its smaller size and more remote location and simple infrastructure. While here, the emphasis is on appreciating the island’s natural attributes like beautiful countryside, rolling hills and romantic sunsets. 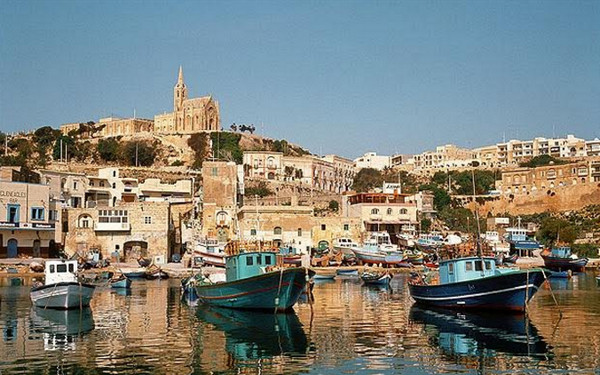 You can begin your adventure at the island capital of Victoria, also called Rabat. Victoria is very scenic as it’s a walled hilltop city surrounded by lush hills, and the typical Mediterranean landscape. The city is home to many interesting attractions, one of which is the ancient fortress called Citadel. Long ago, the Citadel was the refuge for people who wanted to escape raiding pirates attacking the island. Within it is an old town composed of maze-like winding streets and rustic homes with distinct balconies. The elegant Cathedral of the Assumption is located at the heart of the Citadel.

Aside from Victoria, there are other small yet lovely villages and towns scattered all around the island, including the coast. Marsalforn is one of the main resort towns on Gozo, and is known for its excellent array of restaurants and outdoor cafes.

Gozo is home to exquisite Baroque churches, old fortifications, megalithic temples and historical structures. One landmark that will most likely interest you are the Ggantija Temples. This site is considered one of the best-preserved prehistoric temple complexes in the whole archipelago, and is listed as a UNESCO World Heritage Site. Ggantija’s history dates all the way back to the early period of human life, which is from 3600 BC to 3200 BC. This archaeological complex consists of two temple ruins enclosed by a stone wall. To access the site, you will need to go through a modern Interpretation Center and museum that highlights the important aspects of Neolithic life, which leads to a better understanding of the temples’ history and design. 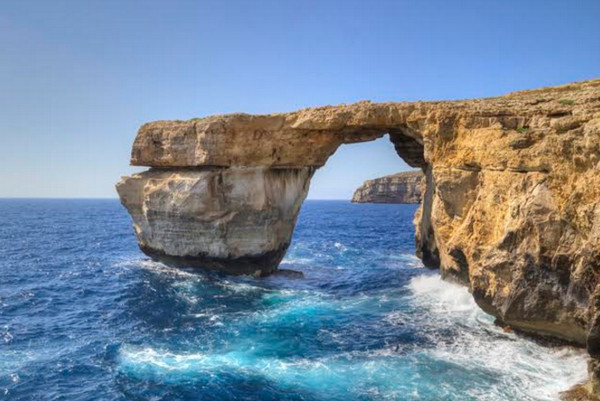 If you want to see the most picturesque place on the island, then head out to Dwerja Bay and look for the Azure Window. This prominent landmark is an enormous natural limestone-made window through the seaside cliff, which boasts a height of 60 meters. If you look out from the Azure Window, you will be treated to an incredible view of clear, blue ocean. The Azure Window is very near a popular diving site called Blue Hole, which is a 10-meter wide inland sea pool.

To reach Gozo from Malta, you can take a regular ferry service from Malta’s Cirkewwa harbor. This ferry then goes to Gozo’s Mgarr seaport. From here, you can hop on a bus or hire a taxi to get to a specific spot or to go around the entire island. Take note that bus service on Gozo is less frequent than on Malta, but bus drivers on Gozo are experienced in navigating the island’s narrow one-lane roads and sharp turns.