At one point or another, Israel almost always makes it to a traveler’s bucket list, but the country is of course, so much more than just Jerusalem’s historic and religious immersion. There are other equally historic and deeply religious seats here. An astonishing excursion would be in the old city of Acre.

Located in the northern part of Israel, Acre has so much to be experienced. A UNESCO World heritage site, Acre will fascinate you with its castles, churches, mosques, synagogues, museums, city walls, market, and beaches; all bearing a trace of history from the Hellenistic-Roman period, the Crusades, Ottoman Empire, and even the British. Structures from ancient times still stand and have been preserved so well and some additional have just been recently discovered. 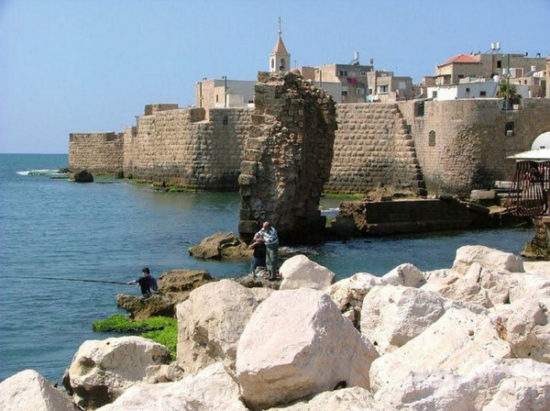 Immerse yourself in over 4000 years of history by stepping into one of main sites in the city- the Hospitaller Fortress. The Fortress is home to several knights’ halls. During the Crusades, the knights were taken care of by the Monastic order called Hospitaller. As you walk each of the halls, you will feel the long history preserved in the walls. The central court provides an airy space. The prominent arched passage ways serve as support to the stairway and corridors.

The Northern hall has massively thick walls and arched passage ways leading to the other halls. The Sugar Bowl hall cradles a large water reservoir, but its name, most likely comes from the fact that when this hall was first discovered tons of pottery, classified as sugar utensils, were unearthed.

The Column Hall is the dining hall and was built in the Roman to the Gothic fashion. The Northern Tower and the main sewage conduit basically house the toilet halls. Here, the public toilet system is reminiscent of those in the 13th and 14th century England and Wales, and are considered a rather rare discovery.

The Western hall, although not fully excavated yet, showcases an architectural design also in the Gothic fashion. Notable are the human figures adorning its capitals. The Hall of Pillars is a colossal one where you will find the vibrantly lighted 15 identical fields curved in 8-meter tall groin vaults and supported by square pillars of stone. 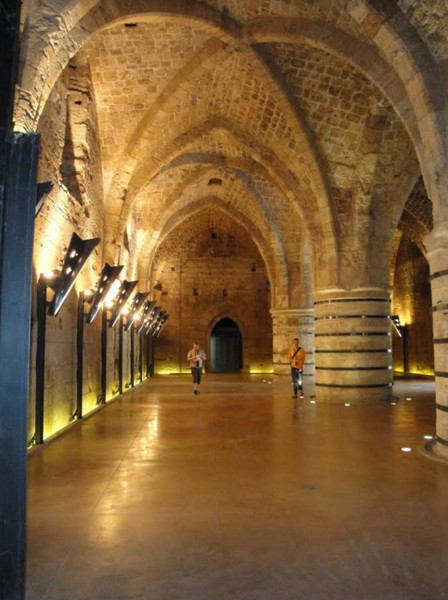 The Southern Street is interesting not only because of the road complex making several areas of the fortress accessible. Engravings of the rarest kind such as coat of arms, crosses, and crusader boat models can be found here, and as they are rare, visitors are always reminded to be extra careful with these relics. The Beautiful hall, yes, is beautiful with its highly chiseled carved stone and the arched windows. It is believed to be the public rest station for pilgrims back in the days.

The last of the halls is The Hall of the Imprisoned. There are no windows here or any lighting facility, thus it’s believed to be a prison especially because there are many square holes on the wall for fitting metal hooks that bore rings to bind prisoners. You have got to have a lot of energy and emotional preparedness to absorb both the pleasant and the heavy part of history carved here.

Other sites that you must not miss are the Al-Basha Turkish bath, the Templars’ Tunnel, and the Okashi Art Museum. Take time to enjoy the view of the bay where restaurants abound. It’s the perfect place to cap a day-long tour.