Considered one of the most picturesque monasteries in the world, Meteora is the revered place of worship as well as a World Heritage site. Situated on the Plain of Thessaly, the site is composed of monasteries carefully perched on stone pinnacles that rise about 400 meters above the ground.

Once you make your way to this prominent Greek landmark, you will soon discover that the sight of Meteora is as impressive as its descriptions in guidebooks. After all, the name of the monastery complex comes from the word “meteoro”, which means suspended in the air. The existence of these monasteries is a clear proof how man’s devotion to faith, architectural ingenuity and natural beauty when combined, create something truly magnificent! 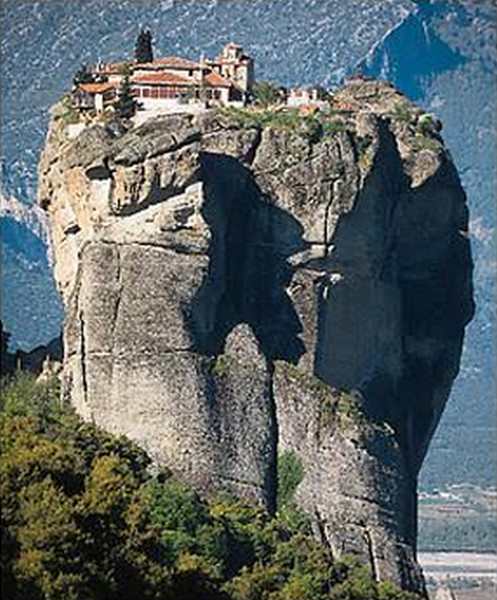 There are about 800 massive rock cliffs spread over an area of 20 square kilometers. It is said that monks first sought the refuge of the cliff tops to seek spiritual isolation in the 9th century. Other historians believe that during the 11th century, a number of monks arrived in the area to get away from the invading Turkish army. In the following years, construction of other monasteries followed.

There are 24 monasteries that still stand today, and they overlook the city of Kalambaka. Seeing the impressive architecture of these buildings make you appreciate the patience and hard work of the builders who first brought materials to the top of the cliff by winching up baskets. Thousands of people come from all over to see the rock formations. A number of them are cultural travelers while some are actually pilgrims who wish to find spiritual enlightenment and peace. 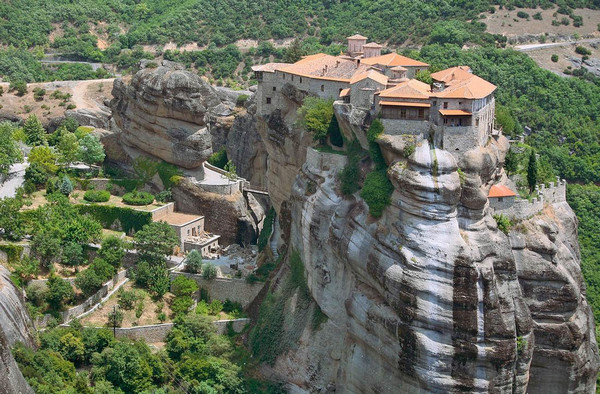 To reach the monasteries, you can either climb up the stairs whose steps where cut into the rock or conveniently get on a special cable car. These are much better options compared to what the monks used to do, which is to climb the steep rocks. Exploring Meteora requires a lot of climbing and hiking. So make sure to make physical preparations for this challenge to fully enjoy your experience. After admiring the exterior and interior of the monasteries, you can follow what adventurists do, which is to hike the winding stone paths all around the complex to marvel at the pinnacles’ geological formations up close.

The 14th century Great Meteoron Monastery (Transfiguration of Jesus) is the largest monastery in the area, while one of the most difficult monasteries to reach is the Great Holy Trinity Monastery. However, if you do make that extra effort to get to Holy Trinity, you’re rewarded with the most spectacular view in the whole complex. Other prominent monasteries to visit include St. Nikolaos Anapafsas Monastery, Varlaam Monastery and Roussanou Monastery, which is said to be named after the first probable hermit who lived on the rock. To gain access to each monastery, you need to pay a minimal entrance fee in euros. 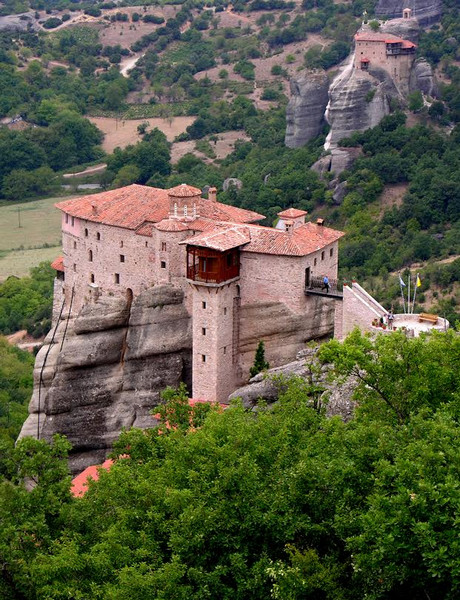 Take your time in walking around Meteora, which is surrounded by a tranquil atmosphere. The place makes you calm and allows you to reflect on religion, spirituality, nature and life in general. It is truly a special spot not to be missed if you have the chance. At night, the monasteries and cliffs are lit up, giving them a magnificent and awe inspiring appearance.