An incredible ride to the rolling countryside of Ecuador – this is what awaits adventurous travelers embarking on the Nariz del Diablo train track. With the English translation meaning “Devil’s Nose” this historic track earned its name not because of its perilous route. Instead, the Devil’s Nose refers to the almost vertical wall of rock just 130 kilometers east of the coastal town of Guayaquil.

When the Ecuadorian government tried to build their first railway to link Guayaquil and the capital, Quito, in the 19th century, they found the Nariz del Diablo to be their main obstacle. To overcome such obstacle, the engineers created a series of tracks that zigzags their way out of the rock. This also means that the train has to ascend 800 meters either in a forward or backward motion. 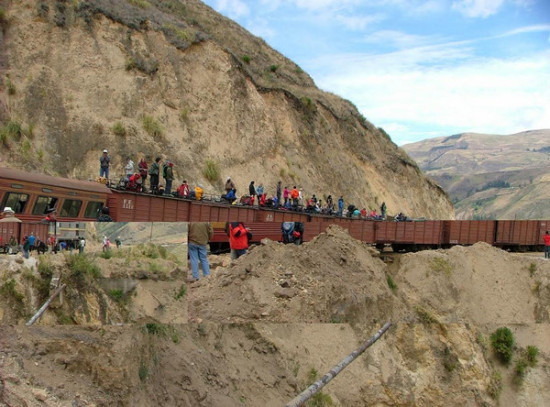 Indeed, Nariz del Diablo was one of the most massive engineering projects in the mountainous Andes region.  It was even dubbed as the most difficult railway in the world. During its construction in the late 19th century, some 2500 workers are said to have died. Thus, many people believed that this section of the highlands is cursed. Despite the tragedy and mystery behind building this track, Nariz del Diablo still stands today. Its standard route of 12 kilometers connects the two towns of Alausi and Sibambe (Pistishi).

The ride promises to be quite memorable as it unveils the wonderful mountainous terrain of the Andes including the gorgeous sections of Carihuairazo and Chimborazo. As the train zigzags into the steep section and eventually descends down to the Devil’s Nose, it grants its passengers an uninterrupted countryside view, highlighting rolling lush hills as far as the eyes can see. The incredible panorama is one of the reasons Nariz del Diablo should be high on your list of “must-dos” when visiting Ecuador.

The Nariz del Diablo train ride typically comes with a guided tour.  It begins and ends in Alausi. Each way takes about 45 minutes, but there will also be some allocated time to explore Sibambe (Pistishi) before heading back.  You will find that train has kept much of its original design intact which makes it an even more enjoyable experience. Guests are ushered into wooden railroad cars with cushioned seats. You will be able to raise the windows so you can take photos of the beautiful surroundings. 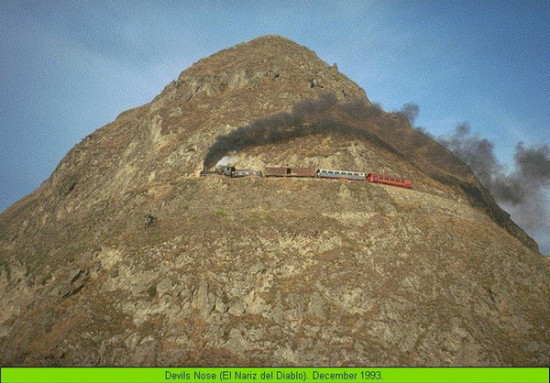 The Devil’s Nose train journey acquaints travelers with the charming mountain town of Alausi, tucked in the country’s central highlands and is characterized by its church and colorful buildings.  On Sundays, the town becomes livelier as a market opens and locals tend to wear the traditional clothing called paramo.  At the next town of Sibambe, passengers are usually given the chance to disembark and get some refreshment while watching a traditional dance performed by locals.

The Nariz del Diablo train route runs from Tuesday to Sunday including public holidays. There are three regular time schedules – 8am, 11am & 3pm. Although tickets can be bought at the train station on the day of your planned excursion, the operation times can change at any point so it might be wise to check the schedule a day before.