The spiritual town of Assisi makes an interesting destination because of its history and religious significance. A major city in the Umbria region of Italy, Assisi became widely known for being the hometown of St. Francis of Assisi, the patron saint of the nation. Today, thousands of pilgrims still visit the town, which has maintained its peaceful atmosphere.

Sitting on a hill at an elevation of 1,300 feet, Assisi has always been a place of simplicity just like the lifestyle of its beloved saint. The final resting place of the founder of the Franciscan order is believed to be in the Basilica di San Francisco, also considered to be the main attraction in town. This beautiful 13th century basilica contains exquisite frescoes depicting the life of the saint. St. Francis’ tomb is located in the lower church of the Basilica. You need to climb down the stairs to reach this religiously venerated place. 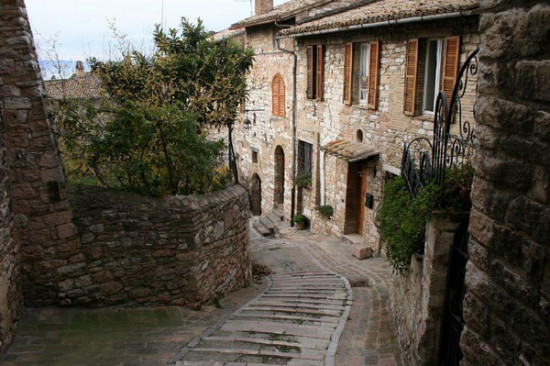 Assisi is essentially a medieval town that is surrounded by a fortress and contains structures that date from 12th century and 14 century. Thus, it is always a pleasure to walk around within its fortified walls to remember the past. At the heart of the town is a Piazza del Comune, which is the main square where you can relax and people-watch. One popular thoroughfare is named Corso Mazzini, located in between Piazza del Comune and Piazza Santa Cliara. Around this area, you will find quaint shops and hotels, as well as some old medieval homes.

Aside from the majestic basilica, Assisi is home to other churches that have their own history and beauty to tell. One of them is the Santa Maria degli Angeli (St. Mary of the Angels), where Saint Francis is said to have started the Franciscan Order. Other notable churches include the San Rufino Cathedral, which is known for its stunning façade, and St. Peter’s Church (San Pietro), a lesser known structure on Via Frante Elia that possesses an impressive interior.

On top of its Catholic heritage, Assisi also houses Roman ruins and shrines; proving that it has always been a spiritual place even before the reign of Catholicism. One prominent surviving temple is the Temple of Minerva, which was once the centerpiece of Assisi during the Roman time, and is believed to have been constructed in the 1st century. By the 9th century, Minerva was converted into a church. Today, you can find this Baroque style architecture on the Piazza del Commune. 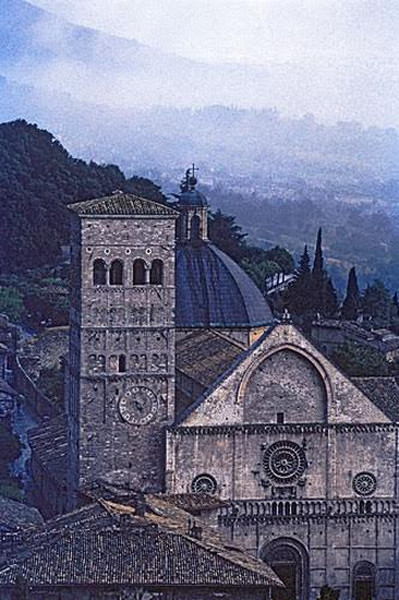 One very popular activity to do while in Assisi is hiking the Rocca Maggiore Castle. The castle is definitely one of the most beautiful and fascinating attractions in town. Nestled on a scenic hilltop, hiking this magnificent castle allows you get panoramic views of not only Assisi, but also the surrounding rich plains and mountains.

The town of Assisi is easily reachable via public transport specifically by train service. It is situated in between the major cities of Florence and Rome. Although summers can be full of tourists, most of them stay only for the day and move on. Most travel experts recommend that you spend a night or two in Assisi to have a more meaningful travel experience.