The Swedish city of Umea may have several descriptions but if you let the tourism campaign for the city speak, they want to describe Umea as the “Open City”.

Situated on an inlet of the Gulf of Bothnia, Umea is the largest city in northern Sweden. It possesses a young and vibrant atmosphere, thanks to the big presence of students attending Umea University. The openness in Umea can easily be experienced by any visitor who sets foot in this cosmopolitan city. You will easily notice that the people here are open to new ideologies and different lifestyles. As a result, they are friendly and inquisitive; and they will make you feel at ease as your explore their city. 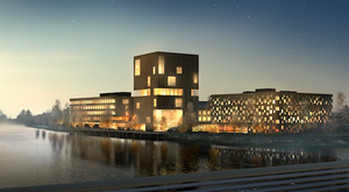 The year 2014 was a big year in Umea as it was hailed the Capital of Culture. Thus, if you visit the city anytime in the future, you can still capture the remnants of the celebration for this high distinction. But even before the accolade, Umea is already a city devoted to art, music and culture. And this is evident in the number of galleries, museums, musical stages and emerging art nouveau buildings in town.

When you make your way to the Gammlia open-air museum of the Västerbotten Museum, you will get a glimpse of the Sami culture and heritage. The Sami people are the only indigenous group in Europe who have lived in the Arctic region for centuries. The open air museum features forest camps that depict the Sami lifestyle over the years. The main Museum of Västerbotten, on the other hand, has a ski museum provides exhibitions for the fishing and maritime history in the region. 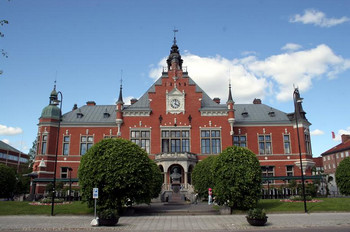 The open-air sculptural museum locally called Umedalen Skulptur is a manifestation of Umea’s love affair with art. The museum is set on a park formerly occupied by a psychiatric hospital in the 1930’s. Despite its somewhat creepy origin, the hospital’s historic buildings and the sculpture park surrounding it, turned out to be the most popular tourist attraction in the city. It is also the country’s second biggest art gallery. While here, you can view the 35 permanent sculptures made by artists from around the world.

If you seek some interesting contemporary art pieces, proceed to the Bildmuseet located at Umea University. This is the prime contemporary art museum in the city. After it was redesigned in 2012, Bildmuseet was hailed as one of the world’s most beautiful university art galleries. And even if you don’t know anything about contemporary art, it is hard not to admire the building itself, which features Siberian larch wood panels. Another masterpiece that is difficult to miss is the massive glass wall piece near Umea’s central railway station. This glass artwork is 170 metre long, and is considered Europe’s largest.

There is no denying that Umea adores music. The city is the base for the Norrland Opera and the host of the Umea Jazz Festival, held since 1968. Its nightlife scene is electrified by punk rock and heavy metal bands, as well as local indie artists. Umea is also home to the Guitars Museum, which holds one of the largest privately-owned collections of vintage guitars in the world.