Thessaloniki may not be as prominent as the Greek capital of Athens, but the city (whose name is pronounced thess-ah-lo-nee-kih) is a favorite to many travelers who love culture and want have fun without spending extravagantly.

Situated in the region of Central Macedonia, Thessaloniki holds the distinction of being the second largest city in Greece. One of the best features of the city is its ease of providing convenient connections whether it is via air, land or sea. Thessaloniki is also a cultural hub that loves hosting several events and festivals throughout the year. Aside from its inclination to foster fun and festivities, is also boasts a long history that takes us as far back as 3000 years. The nightlife scene is one of the highlights of a visit here. When the sun goes down, students studying at the Aristotle University, come out and provide a youthful and hip vibe to the streets. 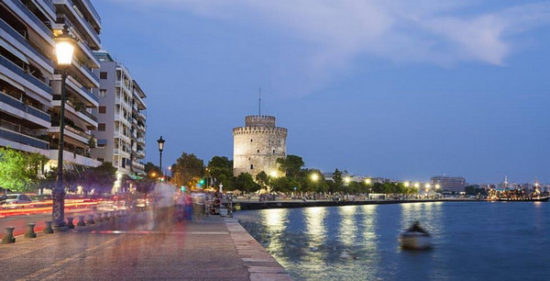 Walk around the central part of the city, and you will soon appreciate its small size, its slew of attractions and its heritage. This is the oldest part of Thessaloniki, which is further divided into two sections: the historic city center and commercial district; and Ano Poli (Upper Town). Once in the city center, the sea is within easy reach. The city is perfectly situated on the southern part and most roads in this area are parallel and give access to Upper Town. In Ano Poli, you can admire colorful old houses surrounded by Byzantine walls and charming winding alleyways. This World Heritage Site district north of the city center, is also home to grandiose Byzantine churches.

Civilizations like the Ottoman, Roman and Byzantine that were once settled on these lands, still show visible remnants all around the city. Thessaloniki is indeed packed with a number of monuments built during the Byzantine period so much so that it is often perceived to be an open-air museum showcasing Byzantine architecture. One prominent Byzantine church around is the 5th century Acheiropoietos, which is known for its timber-roofed basilica. 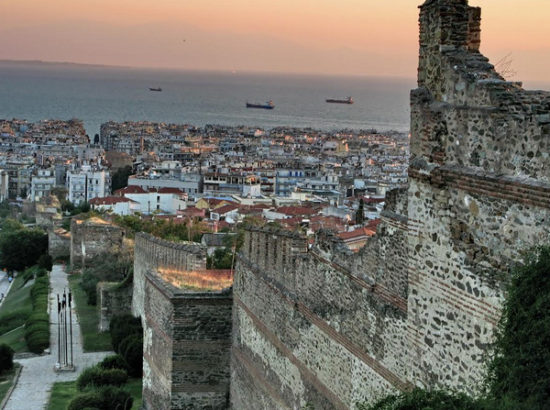 After visiting Acheiropoietos, there are still a lot more churches to explore like the 17th century Holy Wisdom of God (Hagia Sophia), the Panaghia (Virgin) Chalkeon built in 1028, and the late 13th century Panteleemon, which is regarded as the first church with a cross-in square and four columns. Other structures to explore include Heptapyrgion castle, the cemetery basilica archaeological site and the 13th century byzantine bathhouse.

After strolling at the city’s large 12-kilometer seafront promenade, seek out the landmarks left by the Romans like the 3rd century palace ruins of the Roman Emperor Galerius and the Roman Forum. If you are looking to discover evidence of the Ottoman influence, you do not need to look hard. The 15th century White Tower, which has become an iconic symbol of the Thessaloniki, is the perfect testament. Other notable Ottoman structures include the Bezesteni building, the 15th century Hamza Bey Cami mosque and the Hamams or Turkish bathhouses. 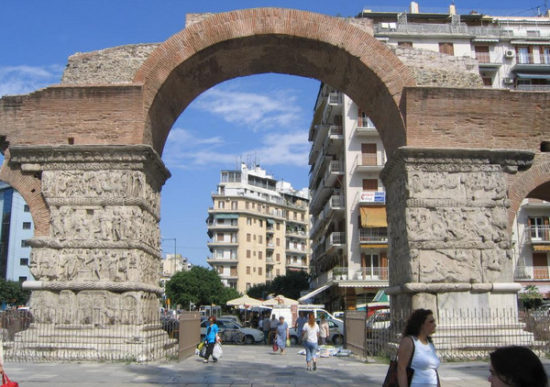 The more modern side of Thessaloniki can be found along Vasilissis Olgas Avenue, which features Neoclassical and late 19th century buildings. The market spaces in the city like Athonos Square, Modiano, Vlalis market, and Louloudadika flower market make excellent stops as they are not only historical but also very vibrant and atmospheric.