Tonle Sap Lake is the biggest fresh water in South East Asia. There are five provinces that are located around lake, and reliant on the lake as the source of fish and water. Located in the northwest region of Cambodia. Tonle Sap is a diverse haven, home to various animals include over 100 types of water birds and more than 300 species of fresh water fishes.

There is no doubt that the lake is first and foremost a commercial resource, but it is also a great tourist destination. Here, there are nice floating villages where you can find authentic Cambodian culture. Thus, cruising the lake is one of the most fascinating trips you can do while in Cambodia. The lake is situated around 15 kilometers from the town of Siem Reap. Travel experts usually recommend crossing the lake by an express boat from Siem Reap to Phnom Penh. 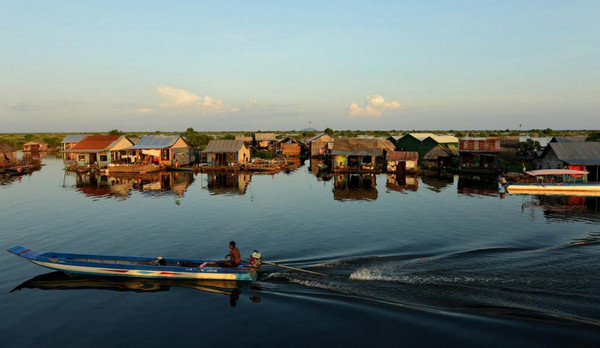 There are many ways to explore the wildlife and the cultural scene. One of the popular ways is to do a boat tour through the Chong Khneas village. You can arrange the boat tour at the village dock, but you can also organize the tour via a reputable operator based in Siem Reap. The Chong Khneas boat tours leave the docks all day long. To reach the dock, you need to take a taxi or tuk-tuk from Siem Reap. Prices for the tour vary so make sure that you know the price range so you don’t end up overpaying.

The boat trip through this floating village lasts about two hours. During the tour, you will be able to see up close the various floating homes, markets and establishments. Some boat trips are generally composed of two stops. The first one is the floating fish and bird exhibition, which also consists of a snack and souvenir shop. The second stop is the Gecko Environment Center, which features displays revealing information about Tonle Sap’s diverse environment. 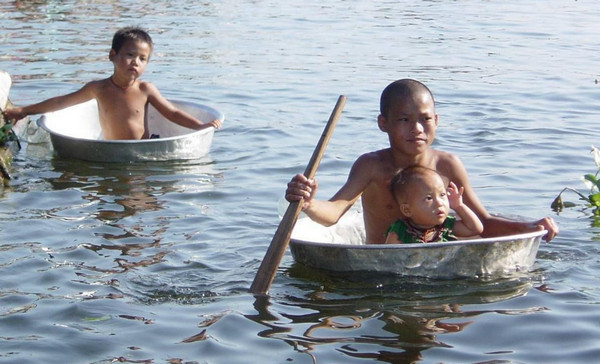 However, travel experts usually advise a full-day trip to farther floating villages instead of just going around Chong Khneas, as the latter is deemed to be too touristy. One of the far flung yet interesting spots on Tonle Sap is Kampong Phluk. This area is actually made up of three stilt villages, built on a flood plain, situated about 16 kilometers southeast of Siem Riep. The villages are populated by the Khmer people, and are surrounded by flooded mangrove forests. Coming to Kampong Phluk does not only mean discovering the various wildlife in the area, it is also means being exposed to the simple lakeside village lifestyle.

Kampong Khleang is another fascinating village located on the northern edge of the Tonle Sap Lake. Partly because of its remote location, this village is even less touristy although it is considerably bigger than Kampong Phluk. The village’s stilt houses, which rise up to 10 meters and its surrounding flooded forest are some of the main reasons why tourists go out of their way to visit here. 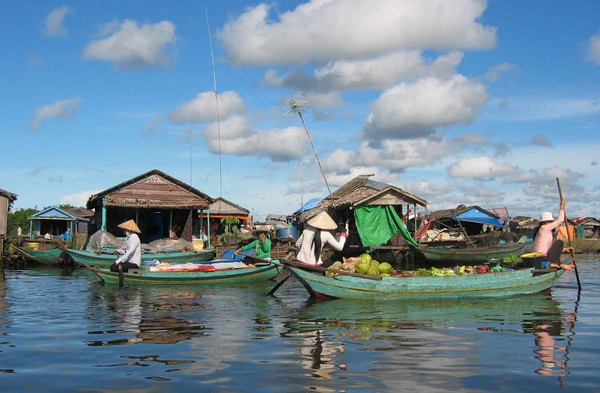 The Preak Toal Bird Sanctuary is one of the must see stops around the Tonle Sap Lake area. It is considered an all-important breeding ground for threatened large water birds in Southeast Asia. Located on the northwest tip of the lake, Preak Toal is one of the Biosphere core areas, and is popular among bird watching enthusiasts.