Situated within the province of North Puntarenas, on the southern tip of the Nicoya Peninsula; Tortuga Island has an interesting and colorful history. Centuries ago, it used to be the hub for pirates. The people even made a pirate theme song to remind younger generations of its pirate past. The island is actually part of a small archipelago referred to as Las Islas Tortugas. The main island, which is officially named Tolinga, is now widely referred to as Tortuga Island. The other main island in the archipelago is called Alcatraz. 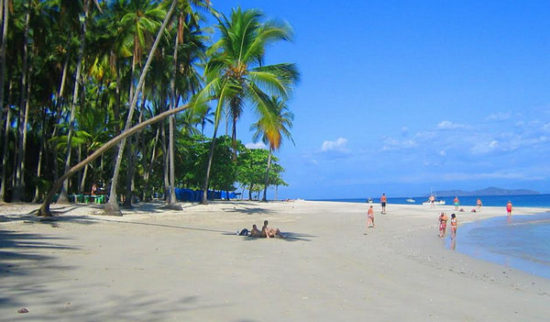 You can arrange a boat tour to Tortuga from the nearby villages of Montezuma Mal Pais, Tambor, Cabuya, and Santa Teresa. There are also tours that go to the island all the way from Puntarenas or Jaco. If you are coming from these cities, the boat ride will take about 90 minutes. Even though this may be longer, the trip is considered is quite scenic because of the outstanding seascape of the Nicoya Peninsula. And if you’re lucky and attentive enough, you may even spot dolphins, jumping manta rays and even whales along the way.

Almost all of the visitors come in on some tour or cruise to Tortuga Island. There are many tour agencies in the nearby village of Montezuma and other towns in the region that offer different types of excursions. Most of their itineraries consists of not only spending time on the island, but also a snorkeling excursion. Snorkeling is indeed a worthwhile activity as the waters surrounding the island are home to a volcanic rock reef and many delightful species of marine life such as angel fish, spinner dolphins, octopus, sting rays and sharks. If you want to really immerse yourself into this colorful marine world, your tour can also include a scuba diving session. Tortuga Island is an especially unique diving spot in Central America because is close to not only one but three sunken ships to explore.

Some cruise companies like Calypso offer their clients a trip to Tortuga Island with a more luxurious twist. Guest are ushered to a new and modern catamaran and are served gourmet meals and drinks on board. The staff will also dedicate time to impart to guests important information and insights on the Gulf of Nicoya and its gorgeous islands. 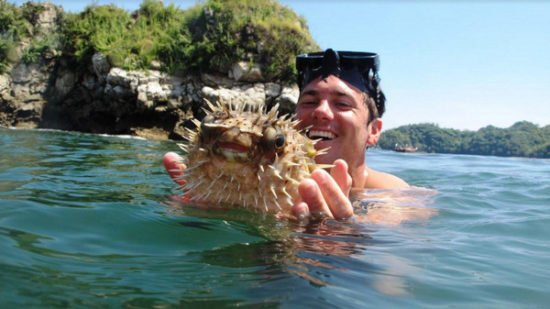 Once in Tortuga, there are various activities that you can engage in aside from lounging on the beach all day (which is also not a bad idea). Some people tend to play beach volleyball or take kayak outings. Others, especially those who love hiking, explore the different trails and hills on the island. And if you really feel very adventurous, you can trek all the way to the mountain!

Bigger tour companies usually have their own mini restaurants and bars, and will even set up live entertainment on the beach for a fee of course. Other outfitters specialize in cooking seafood-based lunch for their guests. Whichever tour company you wish to go with, it is important to ensure your expectations as a traveler, match their services and itinerary.