Before it became a popular jet-setting resort town, Bodrum was the site of Halicarnassus, an ancient city, which dates back to around 3000 BCE. Halicarnassus then was famous for its mausoleum, regarded as one of the Seven Wonders of the Ancient World. Today, what is left of the ancient monument are only ruins as it was destroyed by earthquakes in medieval times. Nevertheless, a number of tourists still come to Bodrum to get a glimpse of what remains of the great ancient city. 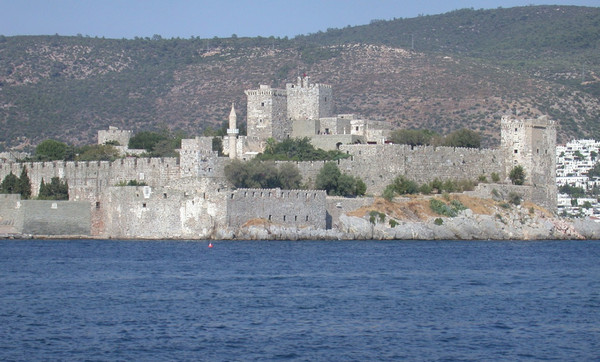 But there are other reasons why people flock to Bodrum. The town and the region, which bears the same name; are ideally situated on the beautiful Turkish coast. For many years now, Bodrum has been the playground for the rich and famous, Turks and foreign visitors alike. It is blessed with a warm yet not humid climate, perfect for those who enjoy the outdoors.

When you reach the town, you will notice that it is divided into parts. The eastern part is where the long beach lies. Just behind this sandy stretch are an array of hotels, restaurants, bars and clubs. The western portion of Bodrum is home to a Marina and Yacht Club. This is the more laidback side of town, but it still offers some shops, clothes boutiques and resorts that cater mostly to the more upscale tourists. But even if you’re not staying here, make sure to walk the promenade along the sea front in the evening, as the atmosphere is usually great with locals and tourist happily mingling.

Perhaps the most recognizable landmark in Bodrum is Bodrum Castle/Castle of St Peter (Bodrum Kalesi). This prominent castle was built in 1402, and is excellently preserved for its age. Nowadays, the castle houses one of the country’s finest museums —the Museum of Underwater Archaeology. The museum features a collection of monuments, jewelry, and other relics, which were made as far back as the Classic and Hellenistic Periods and the Bronze Age. These are the items found during the time of ancient mariners sailing to the Anatolian coast and the medieval knights, who love building castles.

If you want to see another magnificent ancient structure, make your way to the Bodrum Amphitheater, completed during the time of the Roman era. This amphitheater is one of the few remaining well-preserved structures of ancient Halicarnassus. And if you find old settlements fascinating; drop by the 300-year old Karakaya Village. The settlement impresses visitors with its restored houses and 18th century windmills.

Having a couple of days to spend in Bodrum should be enough time to go for a boat trip to explore the Bodrum Peninsula. Fortunately, there is a wide selection of day boat trips that suit various interests. The cheapest offering comes in the form of a party boat that facilitates 70 people. If you don’t like crowds, opt for the smaller boat that accommodates 10-12 passengers.

You will find an excursion through the Aegean more relaxing. And after being outdoors and under the sun for the whole day, consider experiencing the Hamam or Turkish Bath. Just take note that the traditional Turkish Bath is not like a soothing spa treatment; it can actually be rough. But you will surely come out clean and fresh after the whole experience!