New York has Central Park, and Rome has Villa Borghese, the largest public park in the famous Roman city. Like its American counterpart is to the hustle of New York, Villa Borghese is a natural refuge from the chaotic urban noise of Rome.

The park is equipped with interesting museums, exquisite statues, fountains, wide lanes and even a lovely artificial lake. It is truly a must visit when you come to explore this prominent Italian city. Stretching about 148 acres (80 hectares), Villa Borghese first started out as a vineyard during the 16th century. Later, Cardinal Scipione Borghese developed it into a well-landscaped park. In 1903, the park was purchased by the city of Rome from its private family owners.

Some of the park’s current pavilions were built by countries participating in the 1911 World Exposition. Examples of the countries represented by buildings include Egypt, Sweden, Belgium, Romania, the Netherlands and Great Britain, whose British School is considered by many as the most impressive of all structures in the park. 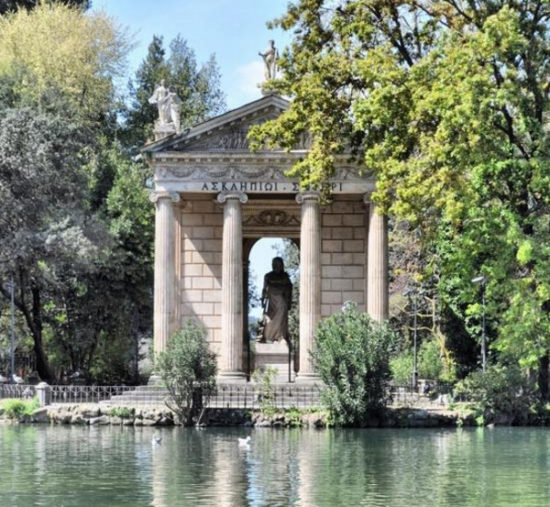 A visit to this renowned park is not complete if you don’t take the time to explore its prominent galleries and museums. One of the most notable ones is the Museo e Galleria Borghese. This museum houses a fantastic collection of sculptures, some of which were creations of famous sculptors like Bernini and Canova. Bernini’s masterpiece the ‘Abduction of Proserpina by Pluto’ is one sculpture that will truly captivate those who love arts. At this museum, you can also find glorious paintings by Raphael, Titian and Rubens on exhibit.

Another museum worth experiencing is the Galleria Nazionale d’Arte Moderna located within the vicinity of the 1911 World Exposition site. The museum proudly displays paintings created in the 19th and 20th centuries. Most of these works were painted by Italian artists. If you want to go back to an even later period, head out to the nearby Galleria Nazionale d’Arte Moderna where you can marvel at pre-Roman Etruscan artifacts excavated all around Rome. The museum gallery is tucked within the 16th century Villa Giulia, a former summer home of Pope Julius II. 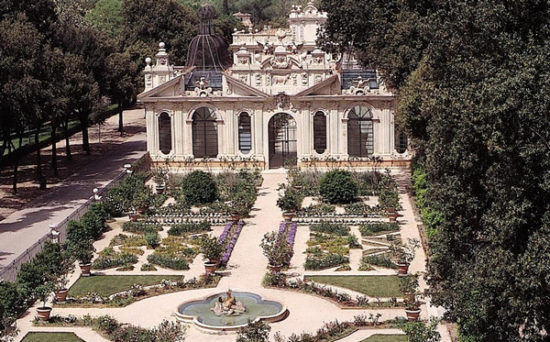 The heart of the park is the huge artificial lake, which was designed in the later 18th century by Antonio Asprucci. In the middle of the lake is a manmade island occupied by the Temple of Aesculapius. Marveling at the island and the temple up close is possible by taking a short boat trip. For history buffs, the park offers a number of historic buildings, some of which have neoclassical designs. Examples of structures worth visiting are Casino Giustiniani, Casino of Graziano and Meridiana. And if the buildings are not enough to impress you, the park also has a botanical garden, an amphitheater, on Piazza di Siena and an exquisite 18th century arch called the arco di Settimio Severo. Visiting families with small children can stop at the Casino of Raphael’s playroom and the Biopark.

You can find Villa Borghese just to the north of the Spanish Steps. When it comes to accessing the park, there two main entrances, which are the Porta Pinciana at the end of the Via Veneto and the Piazzale Flaminio right next to the Piazza del Popolo.