The thought of Guam forms visions of beaches and nature’s abundantly pleasant attractions. But this is normal as Guam is an island territory of the United States in the Pacific quite near to Hawaii and the Philippines. 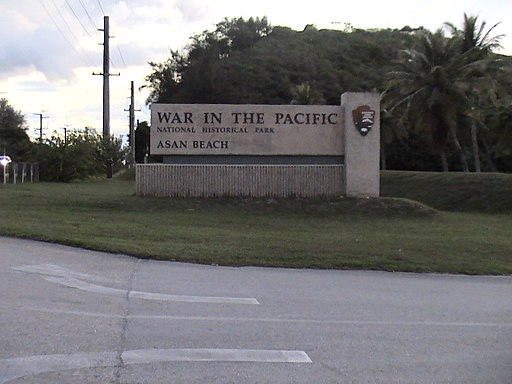 As such, it shares with these places a tropical climate that is rather consistent throughout the year. But Guam is not just all about the beaches. It’s heralded for its great tax free shopping, impressive hotels, resorts and spas. Here, there is a balance between modern, mainstream activities and historical and cultural attractions. Of particular interest is the War in the Pacific National Historical Park which juxtaposes the tranquil tropical beauty with memories and artifacts of a hellish war it hosted.

War in the Pacific National Historical Park was established to honor those who have taken part in the Pacific campaigns during World War II. Historical as it may be, this vast park is a perfect destination for visiting with families or friends. The park is very keen on making sure that guests find utmost enjoyment and relaxation within. 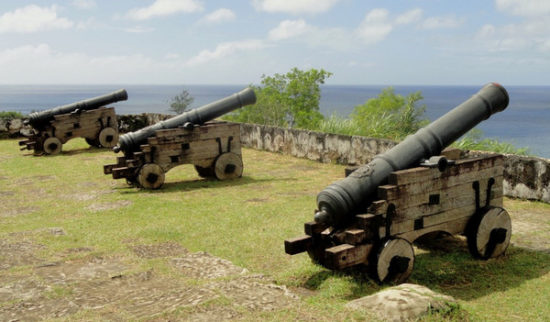 There are various points you can explore within the park and most of them showcase war relics and battle grounds. They will help you understand the Pacific War campaign extensively. These points include Agat Beach Unit and Ga’an Point, Asan Bay Overlook, Asan Beach Unit, Fonte Plateau Unit, Mt. Alifan Unit, Mt. Chachao/Mt. Tenjo Unit, and Piti Guns Unit.

For those interested in being up-close with the artillery sites, Agat Beach Unit and Ga’an Point and the Piti Guns Unit would definitely be exciting sections to be at. Agat Beach is very inviting. And if you walk way past the beach, you will eventually reach Agat Point, where you can find guns and cannons that were part of the stronghold built during the war. The 20 millimeter short-barrel Japanese Coastal Defense Gun and the Japanese Twin Mount 25 millimeter are some of the visible armaments you will find here. The guns’ trajectory into the Pacific Ocean provide fairly scenic view. The Piti Guns Unit are for the lovers of long walks as the point requires some hiking into the forest reservoir. Here you will find three heavy, long barreled Japanese guns which were never fired but were still strategically positioned for coastal defense. 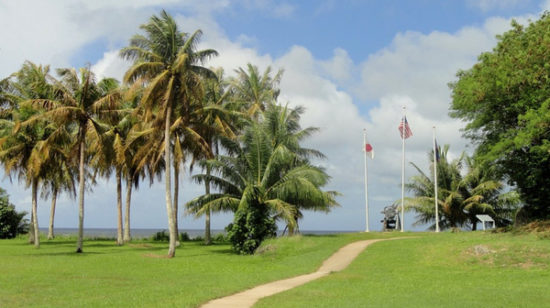 The newest landmark in the complex is the T. Stell Newman Visitor Center, which is an interactive museum highlighting latest technologies, riveting personal war stories, and other artifacts. The exhibit is presented in several languages including English and Japanese, Mandarin and Korean.

Beach enthusiasts would most likely enjoy the Asan beach. An ample stretch of white sand, tropical trees and crystal clear water — it’s a perfect tropical beach paradise. Asan Beach is also very historical, so you will see war artifacts on the ground just past the beach. To get the most scenic view, go to Asan Bay Overlook where the entire breadth of the Apra Harbor can be seen. Also here in the Overlook lies the Memorial Wall of Names, which holds names of thousands who fought during the war to defend Guam.

Fonte Plateau Unit and Mt. Alifan Unit both served as battlegrounds between the US and the Japanese soldiers. When visiting these areas, you will see craters and other traces of heavy fighting.

Tour packages are available online and in tourism centers on the island, but with some research, you can go for a self-guided trip. Follow your own pace and perhaps save yourself a few bucks!