Baja, California may sound like it is part of United States, but this picturesque peninsula actually situated in Mexico. Extending within the Pacific Ocean, Baja boasts dramatic sea landscapes, which include deserts, volcanoes and quaint old towns.  Measuring 1,200 km long, this peninsula is one of the biggest in the world. 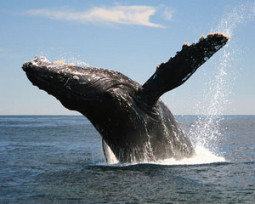 Baja provides great outdoor activities like camping and hiking.  A number of people head out to this region to enjoy top notch deep sea fishing, diving, snorkeling, kayaking, sailing and surfing. However, out of all the activities offered in the peninsula, one that receives a lot of attention is whale watching. This fun and exciting activity is usually done around the waters off Baja, as such area is teeming with many whale species like Fin, Blue, Orca, Sperm and Humpback. Thus, when it comes to whale diversity, this peninsula is arguable the richest in the world.

It is said the whole population of Gray Whales in the world breed in Baja’s lagoons, located on the west portion of the peninsula. This gentle whale species can measure up to 52 feet long and weigh 36 tons. Gray Whales are friendly enough to swim up to the boats and permit physical contact with the passengers. When you come to Baja at the right time, it’s almost a guarantee that you will see these fascinating marine creatures in action.   A very well known Gray Whale birthing and mating sanctuary is the San Ignacio Lagoon. Here, you can see the friendly Gray Wales in thousands, preparing to bear their young. There is a charter air service that transports passengers directly to Laguna San Ignacio. You can also reach the spot by joining a yacht or boat tour. 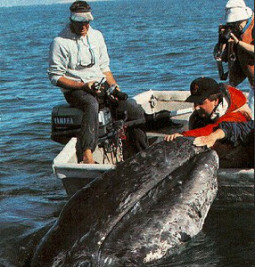 The second lagoon where these whale species migrate to is the Laguna Ojo de Liebre, also known as Scammon’s Lagoon.  Situated on the Pacific side in Guerrero Negro, it was the original hunting lagoon for whale hunters back the 19th century.  The lagoon can be reached by car but there is also a national airport that serves flights from various destinations in Mexico.

Another spot that proves to be increasingly popular for whale watching is the Magdalena Bay (Bahia Magdalena). Visitors usually choose this area because it is closer to the Loreto International Airport and La Paz. Cabo San Lucas is also an option if you want a close encounter with the Gray Whales especially during late December to March.

Watching Gray Whales is the best from January to April.  However, there’s a good chance that you can see other whale species in the Sea of Cortez all year round. Aside from the magnificent whales, many dolphins populate the area. These dolphins are quite friendly and would even do somersaults when there’s a chance. Fortunately, there are several tour operators in the region that offer whale- watching cruises on sailboats or motor yachts. The excursions can last for half a day or the whole day, and some of the package ones include sleeping onboard arrangements.  If you’re not interested in getting a whale-watching excursion package, you can head out to the small villages of Puerto Lopez Mateos or Puerto San Carlos at Magdalena Bay to rent a boat and a skipper and explore the Baja region for a day.