The Huangpu River is one of the most popular branches of the Yangtze River that runs through the bustling City of Shanghai, particularly the Minhang District. When it reaches the Waibaidu Bridge at the heart of the city, it marries with the Wusong River before going into the East China Sea. Stretching about 114 kilometers (71 miles), with a width of 400 meters (0.25 miles); the Huangpu acts as a divider to Shanghai’s eastern and western sections, fondly the Pudong and Puxi. 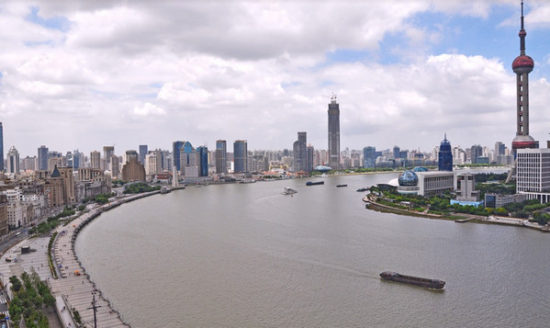 The Huangpu River serves many functions including shipping, fishery, a source of drinking water and, of course, tourism. The world renowned port of Shanghai, which is the largest in all of China, resides on this river. Huangpu flows into all the notable attractions in the city. Thus, one of the best things to do while in Shanghai is to go for a Huangpu River Cruise. Because this is a prime tourist activity, cruises are held every day. You can choose between the usual long cruises or the shorter ones that go through the main waterfront area between the Nanpu Bridge and Yangpu Bridge.

The long cruises usually cover the distance of 60 kilometers or 37 miles, and move towards the east along the golden waterway. A similar type of cruise also starts at the Bund. Also called Waitan, the Bund is the grand center of Colonial architecture in Shanghai. This area is the former international settlement, located along the waterfront of the Huangpu River. The Bund served as the center of Shanghai during the 19th century Opium Wars. This was where Western traders decided to build consulate offices and trading houses. The Bund complex best reflects the first integration of the west and the east in Shanghai. 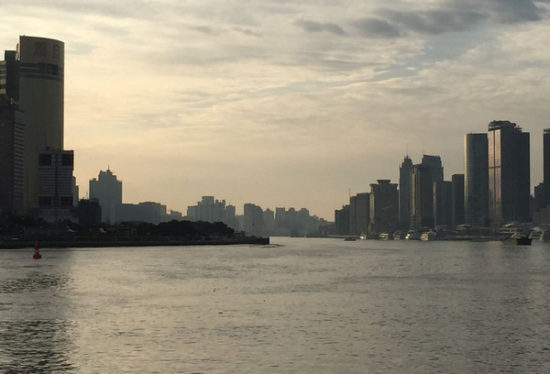 These days, the Bund is still a place of trading development, only a different kind. Just beside it are two powerful towers; the Jin Mao, which is the World Finance Center and the Oriental Pearl TV Tower, which tallest TV tower in Asia. Both highly prominent structures are situated in the renowned financial district of Pudong. Aside from impressive Colonial era architecture, the Bund complex houses the British Public Gardens, a sightseeing tunnel and a granite cenotaph that commemorates Chinese patriots.

After getting a good look at the Bund, the cruise ship then continues its journey upstream, towards to Nanpu Bridge on the south and then the Yangpu Bridge on the north. The excursion then takes you to Wusongkou or the Wusong Mouth. This area is actually an inlet to the sea, where the great Yangtze River and the Huangpu River finally flow into. The cruise highlights many iconic sights including one where the Oriental Pearl TV Tower is seen between the two prominent bridges. This panorama is often referred to as ‘Two Dragons Playing Ball’. 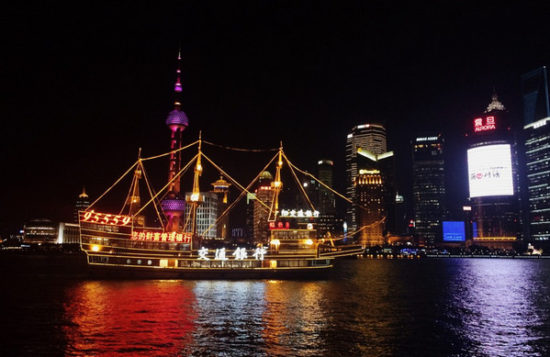 Cruising the Huangpu River also gives you the fascinating chance to marvel at the difference between the east and west bank of the river. The difference principally lies in their architecture. The east bank contains a number of skyscrapers that dominate the city’s skyline. The west bank, on the other hand, features a collection of moderately-sized western-style buildings that have a dash of cultural design influences. You can experience this glorious urban jungle during the day or night depending on your preference. But why not try to see it both times, as the two different perspectives are equally spectacular.