Bologna is often bypassed by tourists for the more popular destinations of Rome, Venice and Florence. However, this city is a must-see when you are visiting northern Italy.

The fact that it is considered by Italians to be second only to Venice when it comes to beauty and charm should give you an idea that this is one gem of a site you cannot afford to miss. Considering that mass tourism has not yet settled in makes it even more desirable for those who prefer to explore splendid cultural, historical and architectural attractions without a swarm of people blocking the view. Moreover, the city is also famous for its gastronomic fare making it a sweet haven for visiting foodies.

Bologna is easily reachable by train from major Italian destinations. Inter-regional trains will transport you to the city in 1.5 hrs. from Florence and 2.5 hrs. from Milan, while the Eurostar train is a faster option (only 2.5 hrs.) if you are coming from Rome. The central train station is located north of the city and takes less than an hour on foot to reach the main square of Piazza Maggiore. But, if you are not up for a long walk, be on the lookout for buses no. 25 and 30 to take you to the area. 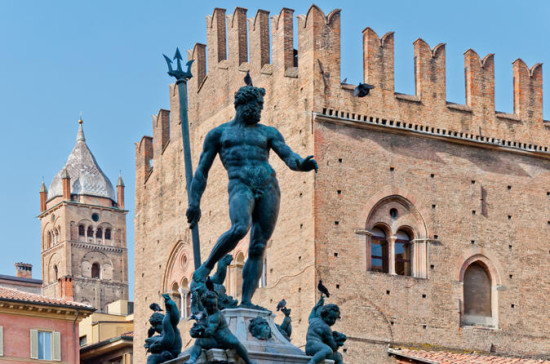 Piazza Maggiore, located in the old part of the city, remains the best starting point of your Bologna exploration. Dominating the piazza’s landscape is the magnificent Basilica of San Petronio, the 5th largest in the world. It dates back to 1392 and home to a remarkable sun dial that brought us the leap year in today’s calendar. Also surrounding the square is the handsome building of the Palazzo Comunale with its grand staircase and impressive collection of Renaissance object d’art. The piazza is also home to the lovely Palazzo del Podesta and the portico dei Banchi which are also worth visiting.

Not far from Piazza Maggiore you will discover the exquisite Neptune Fountain. This splendid work of art – a bronze statue of Neptune rising above four angels and four sirens – is a remarkable sight during the day but even more breathtaking when it is all lit up during the night.

From there, check out the two leaning towers at Piazza di Porta Ravegnana. These are two of the 20 medieval towers – originally 100 towers back in the 12th and 13th centuries – that are still standing to this day. To get a good perspective of this magnificent city, climb Torre degle Asinelli and you will find the lovely panorama of russet rooftops, terra cota buildings and Renaissance palaces laid out before you. 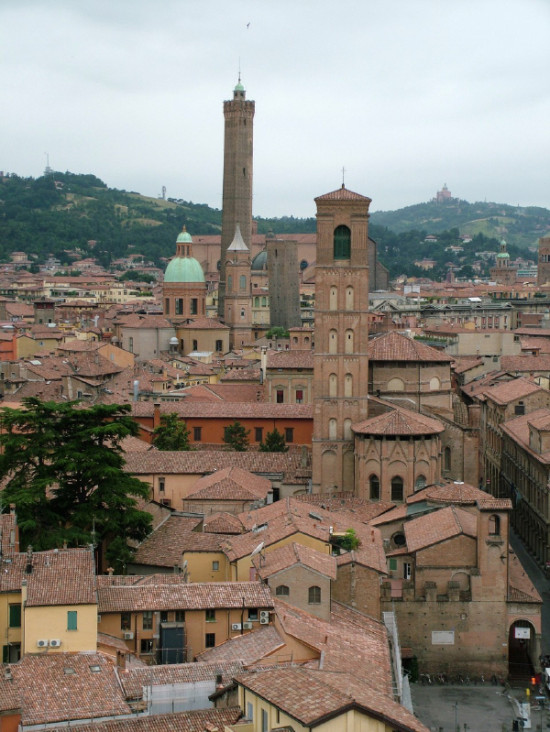 Another must-visit square is Piazza di Stanto Stefano, home to the many churches of St. Stefano. This complex of churches is actually made up of several interconnected churches, crypts and courtyards and makes for a fascinating visit. Be sure not to miss the colonnaded cloister of Chiesa della Santa Trinita with its stunning portico and loggia as well as the nearby museum where you’ll find some interesting paintings and frescoes.

If you want to explore more works of art, visit the National Gallery in via Belli Arti where you will find notable examples of the old masters. Another dramatic piece – the glorious Pieta of Nicolo dell’Arca – waits to be discovered and appreciated at the church of Santa Maria della Vita. Finally, if you are a fan of 20th century painter Giorgio Morandi, there is a museum specially dedicated to his works inside Palazzo d’Accursio in Piazza Maggiore.

Of course, your Bologna holiday will not be complete without indulging and falling in love with the Bolognese cuisine. So, make sure to take frequent breaks from your sightseeing to sample the local fare from charming restaurants and cafes you will pass by along your exploration of this great city.