As one of Europe’s oldest holiday routes, Germany’s Romantic Road (Romantische Strasse) has definitely established itself as an iconic tourist attraction. Stretching 355 kilometers (220 miles), the road’s pastoral landscape is not the only thing that will fascinate you. Along the way, you will experience a number of old churches, charming castles, rustic villages and medieval towns set in low hills and greenery.

The Romantic Road was established after World War II in West Germany to revive the country’s tourism industry. If you think that the road was meant to attract lovers because of the name, it isn’t so. The word ‘romantic’ was used to describe a road that offers wonderful things, which are supposed to light up our imagination. The road was also established based on the route the Romans took a couple of millennium back. 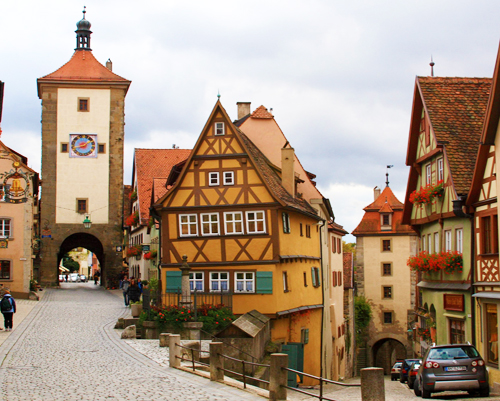 Embarking on a journey on the Romantic Road reveals the raw side of Germany. It starts from the historic city of Wurzburg, brings you to alpine scenery of Fuessen and ends at Europe’s most enchanting castle – Neuschwanstein Castle. The road is clearly marked with brown road-signs that says Romantische Strasse. In the summer and late autumn, traveling on the road becomes much livelier because of the festivals celebrated by towns during this period.

Your Romantic Road adventure can also mean sampling regional products like Schneeballen, the deep-fried ball of pastry, adorned with sugar or chocolate; or various wine grown from nearby vineyards. The road has been such a hit among tourists, that it even has a locally brewed beer named after it—the Romantic Road Zwickel Bier, brewed by the Fürstliches Brauhaus in Wallerstein for visitors of the route. 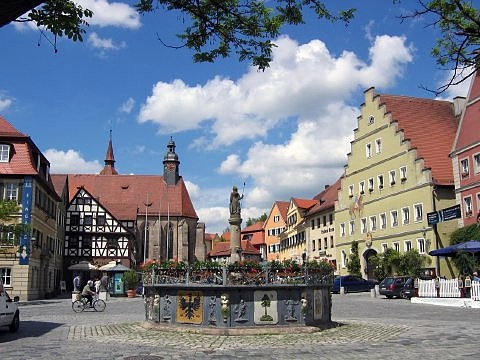 One particularly popular medieval town you can visit while on Romantic Road is the Rothenburg ob der Tauber, which is oftentimes referred to as the most romantic city is Germany. Augsburg, which is the second-oldest city in the country can also be found on the Romantic Road. Other notable medieval towns include Bad Mergentheim, Noerdlingen and Dinkelsbuehl. These towns are all traditionally walled and feature arched gateways and guard towers.

Dropping by these communities also give you the opportunity to marvel at half-timbered houses, Baroque buildings and Gothic cathedrals. The Romantic Road is also home to three UNESCO World Heritage Sites like the ‘Wieskirche’ in the Pfaffenwinkel district, the ‘Residenz’ located in Würzburg, and the ‘Limes’, which is close to the town of Dinkelsbühl. Aside from the fairytale castle of Neuschwanstein, another must-visit fortress for any traveler on the road is Hohenschwangau. 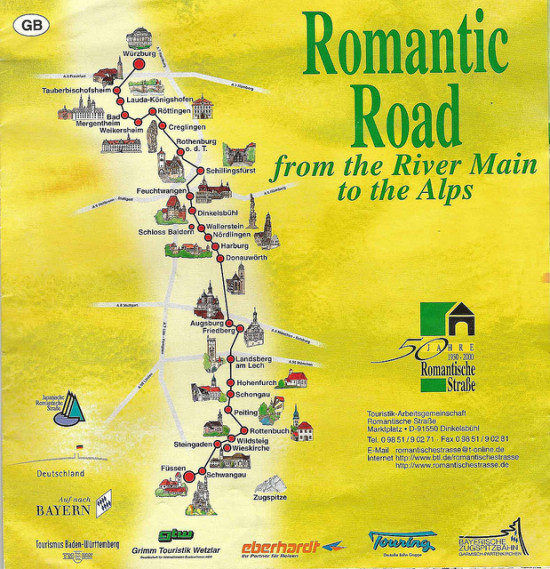 You can start exploring the Romantic Road from several different points. If you would like to begin at the southern portion of the road; you can then fly into Munich. Of course one of the best ways to explore the Romantic Road is to rent a car and drive. Another option is to board tour coaches that run on a daily basis from the months of April to October. The coach goes to the major towns and cities along the famous road.

On the weekends of July through October, there are also companies that offer guided tours. A typical guided excursion route is from Würzburg to Füssen and from Füssen to Dinkelsbühl (and Würzburg). Traveling the Romantic Road with the guide gives you more interesting insights about the places, people and the prevailing culture of this famous route.