Situated on the beautiful coast of Normandy and on the banks of the Touques River, Trouville is often associated with and compared to its neighbor Deauville, which lies on the other side of the river. The town may have some similarities with its sister community, but the truth is Trouville has a different vibe and identity. Although this town’s full name is Trouville-sur-Mer, it is less often called that.

The town’s history dates back more than 120 years, when it is started as a lovely yet bustling fishing port. By the 19th century, Trouville became one of the earliest seaside resorts in France. Thus, it was not surprising when the town soon became known as the ‘Queen of Beaches’, which attract romantics, artists and writers like Proust and Monet. 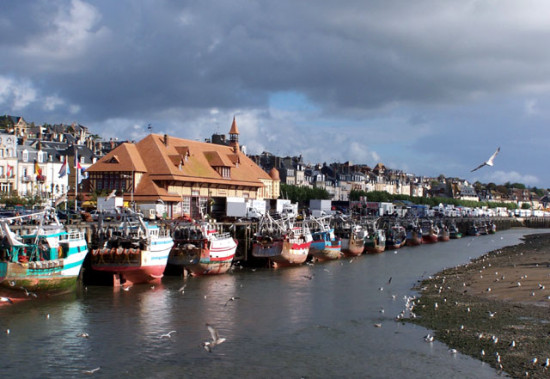 Even after more than a century, Trouville has still managed to stay true to its roots as a laidback fishing village. While Deauville appeals to the opulent and adventurous, Trouville is less flashy and caters more to families. It has a beautiful sandy beach, which hosts a range of water sports and outdoor activities. This long sandy stretch looks like a typical beach found on the Normandy coastline. Its look and appeal is enhanced by a wooden boardwalk laid out in 1867. This is a nice spot to stroll along while admiring the sea as well as the various elegant villages lining up the beachfront.

The seafront Natur’Aquarium is a big hit among kids, who would like to marvel at fascinating creatures like sharks up close. Other activities to look forward to in Trouville include tennis, horse rising and scuba diving. Away from the beach, nature lovers would most likely love the idea of walking around the several trails set in the town’s lush countryside. 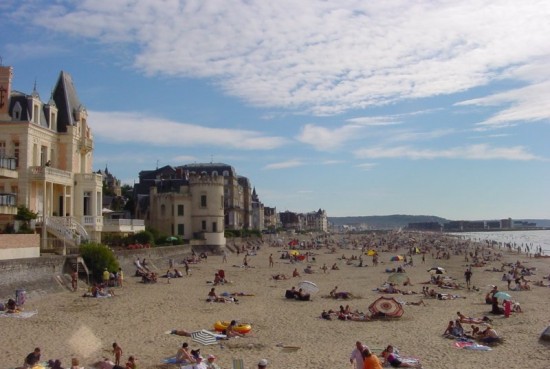 In the town proper, one of the biggest draws is the Néo-Norman style La Poissonnerie, a fresh fish market known for its electrifying atmosphere. Every day, La Poissonnerie sells the latest morning catch of the local fishermen. If you want to dine at a restaurant in town, try the seafood dishes as they are guaranteed to be freshest you can get! If you stroll from a spot called Pont des Belges to La Poissonnerie during Wednesday and Sunday mornings, you will also get to visit a street market, which offers flowers, locally-made crafts and the favorite Normandy produce like meat and cheese. If you happen to miss the markets, not to worry, as there enough antique and craft shops as well art galleries to keep you happy. 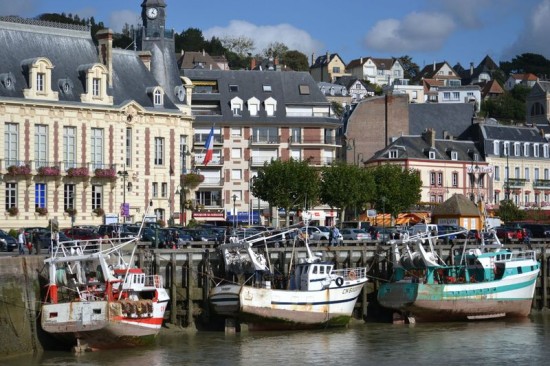 To experience a sense of Trouville’s rich culture, drop by the Musee de Trouville, which is housed in Villa Montebello. This villa is one of the impressive ones in town not only for its architecture but also its location, which is on a hillside dramatically looking over the sea! If you want to get know Trouville a little further, consider signing up for the guided tours that highlight the history and exquisite architecture in town. These guided tours are available in English and organized by the local tourist office.

And when the night sets in, Trouville’s main nightlife hub is its century-old Barriere Casino, which not only feature hundreds of slot machines and traditional games, but is also home to the Louisiane Café, the Villatara Restaurant and the swinging night club called l’Embellie.